Many moons ago, bread was sold in loaves. To eat it you had to slice it. Such a hassle it was!

One day, someone had a light bulb moment. They “invented” sliced bread, a new way of selling bread loaves but in thick, rather even pieces. Oh, what joy that brought to the world. Making a sandwich became a reality. Even though bread is still sold and bought in loaves, it is sliced bread that rules the market because it is easy to eat.

So, where am I going with this?

Well, I emphasized the word easy by making it bold. So, I will not make it complex.

WooCommerce is easy–and this is why the largest slice of the ecommerce pie is the WooCommerce market share.

Shots fired? Of course. I am expecting an army of Magento, Shopify, and BigCommerce users coming in with their opinions. However, the numbers as reported by BuiltWith are impressive.

WooCommerce holds about 40% of the total market whereas ecommerce pioneer Magento holds a mediocre 10%. Others own a single digit reach.

But, there’s more than that meets the eye. In this article, I am going to tell 5 reasons why WooCommerce is fast becoming an ecommerce powerhouse. Plus, I may have a reason for its downfall too. If you know your WordPress basics right, you can create a shop easily using WooCommerce. The learning curve is neither massive or cumbersome. Plus, the plugin itself comes with tutorials for the most-used features and if you run into trouble, the community will help you out.

This can be a tricky argument.

Why? Because some people might argue that hosted carts, like Shopify, are not that expensive when you compare it with self-managed shops. I do not necessarily buy into this argument. If a WooCommerce shop is properly created, then the operational cost would be much lesser. The smallest Shopify plan costs $29 per month and that’s without overheads and commissions. For WooCommerce, it all depends on the hosting provider you choose.

For most basic shops, a cloud server of 1GB would be ample enough. Managed Cloud Hosting for WooCommerce stores start around $11 (Vultr on Cloudways) or even less if you could find a coupon code.

When it comes to themes and plugins, there is a huge variety of free ones available in the official repository. Plus, you do not have to pay any commissions. If any issue arises, you can quickly hire a developer.

However, Magento supporters will argue that they are cost competitive. Well, not really. Magento development and maintenance is quite expensive. There are hardly any good free themes or extensions for Magento stores.

This is a point that directly targets hosted ecommerce platforms, like Shopify and Volusion. You see when you get on board with such services, you are inclined to play by their rules.

This means you cannot run the shop the way you want. This is not the problem with WooCommerce shops. Yes, there are certain limits placed by WooCommerce hosting providers, but some allow risque or vanity products. Furthermore, you do not have to pay transaction fees when you are on WooCommerce.

When it comes to SEO, generally all ecommerce frameworks and platforms are similar. Shopify may provide the “speed” advantage, but its SEO features are quite limited. As WooCommerce is built on WordPress, which also acts as a blogging platform, you get the chance to make use of the full SEO potential by installing plugins like Yoast or All-in-One SEO. Together with a reliable theme and fast web hosting, WooCommerce stores can score great rank on search engines.

While all ecommerce solutions provide various levels of customizations, no one can compete with the malleability of WooCommerce.

Apart from 500+ officially available extension and themes, there are dozens of third-party providers that can help you build the shop you want.

Like everything, WooCommerce has its problems too. However, I am going to share only one: Security. Shops made on WooCommerce are vulnerable as they depend on software patching. A vulnerability can pop up anywhere. It could be in WordPress core. It might be in WooCommerce plugin code. Themes and plugins are at risk too. So, what’s the solution? For starters, use Jetpack. If you have spent a few bucks, invest in a security solution, like CloudFlare or Sucuri. If you don’t want to spend too much on security, you can always prevent mishaps by following a few WooCommerce security tips and keeping everything updated.

Is WooCommerce Good for Ecommerce?

Yes, it is. For many ecommerce starters, it has brought the cost of entry down without compromising on efficiency. Perhaps, this is why WooCommerce is the most preferred ecommerce solution in the present times.

Of course, you might not agree with me. Therefore, let’s discuss WooCommerce market share further in the comments section. And if you wish to try out the best managed WooCommerce hosting experience for both development and real-world store hosting, try out Cloudways.

With no compromise on Performance, Security & Support.

Jamil is an Assistant Manager Organic Search at Cloudways - A SEO friendly hosting Platform. He has 14 years experience in SEO, and is passionate about Digital Marketing and Growth Optimization. Jamil is a Minimalist, Observer, Loves Nature, Animals, Food, Cricket & Mimicking :) 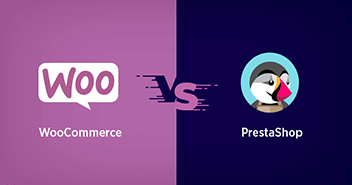 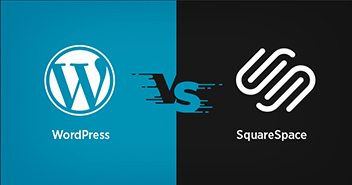 WordPress vs Squarespace: A Square Off (2020) 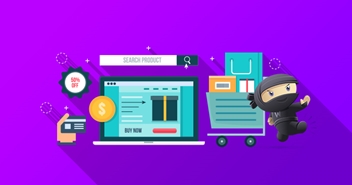 How to Install and Setup WooCommerce Store