Cloudways Interviews Anton Titov, About His PHP Journey & his Frameworks 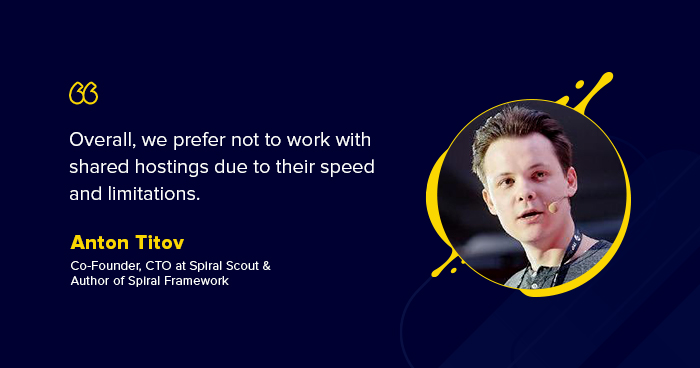 In conversation with Anton Titov all the way from Belarus, Minsk, Founder of CIO and Co-Founder of SpiralScout, Hardware/Software Geek, He started working with PHP around age of 13, and since that time, he’s made many software and hardware projects such as Spiral Framework, RoadRunner, Cycle ORM, Temporal PHP SDK etc. We’re excited to have Anton here with us today as he talks us through his journey, his experience working with PHP and Laravel, setting up PHP events, and so much more.

Shahzeb: Hello, Anton. Thank you for taking time out for this interview. Before we start, how about you tell our readers a little bit about yourself?

Anton: Hi, I’m happy to share some of my experiences with readers. My name is Anton Titov. I’m co-founder and CIO (previously CTO) of software development company Spiral Scout. I run most of the technical side of the business but also keep my hands dirty on open source projects and some of my pet hardware projects.

Shahzeb: So, when and how did you start your career with PHP? Any interesting stories that you’d like to share about your journey? What were the challenges you faced in the beginning, and how did you tackle them?

Anton: I started programming when I was around 11 years old and picked up a PHP “tutorial” book when I was 13. Back in the day, there were not as many informational resources as today, so I had to spend a lot of time reading. I guess it was the main challenge compared to how easy it is to gather information now. Also, the lack of communities in my area was a problem. I build my first commercial project around 16 and stuck with this tech stack since then. Most of the beginning challenge was around how not to shoot yourself into the foot. I had cases with removal of the production database (oof), optimization, and algorithmic work.

Shahzeb: How did you get interested in programming, and what led you to the point where you created the Spiral Framework?

Anton: The first projects created were done on vanilla PHP. Pretty quickly it becomes obvious that I need a common library of instruments to continue development. While initially looking at CodeIgniter I was not satisfied with some of the designs and started mocking my own platform. The first real version came around 2008, and it’s still being used by some products online. At a later time, when I found out about Symfony and Laravel it was too late to jump to these frameworks, as back then their feature-set was not so much ahead of what we already had.

Shahzeb: Were your decisions about new functionality and features driven by signals you were getting from your Spiral Framework community or was that your personal decision?

Anton: Both, a lot of the input came from the developers using (both internal and external), but much more came from our client business needs. Since we serving multiple dozens of companies we had to come up with a protocol for how to abstract and unify work for all of them. That’s how instruments like ORM, template engine, security, and cloud storage components come into play. We are doing exactly that for the last 12 years, except the stakes are higher and components become more and more complex.

Shahzeb: Did you work on it independently, or did you have people helping you along the way for the first release of Spiral Framework?

Anton: I was pretty much working alone for Spiral Framework for the first 8 years. Now we have a four people RnD team supporting it, a dedicated PM, and a bunch of external consultants from other frameworks. At this moment I’m less involved in coding of new Spiral code and mostly on higher-level strategy and team management.

Shahzeb: You’ve built quite a few impressive PHP tools like Cycle ORM and RoadRunner. How did you come up with such ideas?

Anton: I can’t say that these ideas are unique, Swoole and Doctrine existed on the market for years when we started working on them. But we were seeing how fast PHP is evolving and it was ready for new challenges (long-running and etc). So, to bypass the limitations of existing libraries we had to come up with our own approach to solve the same problems. I think it ended up well.

Shahzeb: What made you think about developing Cycle ORM?

Anton: We are working a lot in the enterprise segment, where some of the data schemas are defined by the customers rather than developers. Working with dynamic schemas in Doctrine or Eloquent is pretty hard or nearly impossible. Add the desire to make the engine capable of working in resident memory model (without offloading code from the RAM) and we left no choice than reinvent the wheel. In the upcoming version 2.0, we are going to cover some of the missing features and provide interesting new approaches to make ORM integration easier for your code. For example, you will be able to use any collection type (Doctrine, Eloquent, arrays) for your models, decoupling you from ORM even more.

Shahzeb: What do you think are the main benefits developers take away from Cycle ORM and RoadRunner tools?

Anton: Cycle ORM is a fresh look at how DataMapper could be built in PHP. We looked at Doctrine 3 milestones, but also avoided copying anything from Doctrine architecture. This lead to the pretty light weird and powerful engine with a lot of interesting math (around DAGs).

RoadRunner on another side is a good example of how you can drastically improve your stack by leaving your comfort zone for a second. We didn’t ask ourselves a question “could it be done in PHP” but rather “what should we do to make it work in PHP”. As result, we have GRPC, Temporal, Queues and etc.

Shahzeb: What should readers know about everything you’re doing in PHP these days?

Anton: We are not publicly speaking about it yet, but we have developed a new library for PHP in collaboration with the company Temporal. It’s an extremely powerful engine built to orchestrate multiple applications in a resilient way. Imagine fusing sync and async PHP but with automatic error recovery and almost unlimited horizontal scalability. We are working on version 1.1 now, which will include additional instruments, a test framework, and much more.

Shahzeb: Which type of web hosting would you prefer? In your opinion, what are the benefits of hosting a site on a managed solution provider rather than conventional shared hosting?

Anton: We are using AWS stack in our work. Overall, we prefer not to work with shared hostings due to their speed and limitations. Our applications are massive and require significant cluster setups. But shared hostings are a great opportunity for many engineers and companies to make their projects work without much hassle.

Shahzeb: What do you think about managed hosting solutions like Cloudways that provide an optimized PHP stack with features to deploy their web apps?

Anton: So far I haven’t seen shared hosting providers which do support RoadRunner. However, I believe it could be an awesome synergy here. If the developer is able to deploy an app with RoadRunner overlay to shared hosting he’ll immediately get access to so many solutions – metrics, queue, kV, GRPC, temporal etc.

Shahzeb: It’s really important to balance your personal and professional life. How do you spend your time when you’re not working?

Anton: I spend time with my dogs, play video games. But most of my free time I’m tinkering with hardware.

Shahzeb: Who do you suggest we interview next and why?

Anton: Sergei Zuk, helped a lot to drive the adoption of Async PHP and he is currently involved in the Temporal project.

Shahzeb: Anton, I’m sure many people have taken notes. I’m also sure they’d love to see a picture of your workstation if you’d like to share one!

Anton: Sure! I apologize for a little bit of chaos since I’m in the middle of an apartment renovation project.

Shahzeb: Thank you once again, Anton! 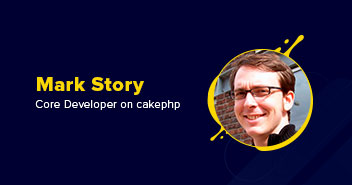