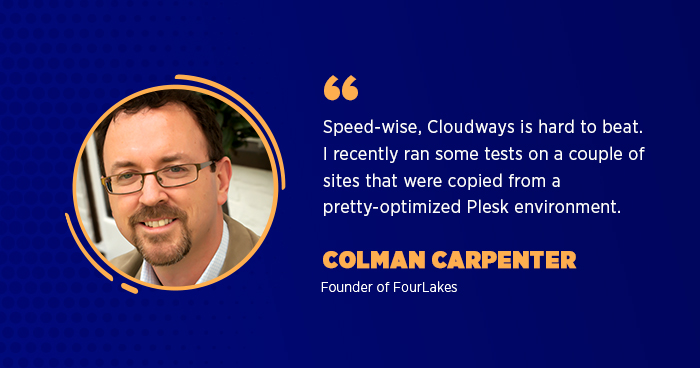 In this Q&A with Colman, founder of Four Lakes, we explore how Cloudways has made their business operations smoother and better over the years and what features they are most fond of.

Cloudways: Hello Colman, tell us a little bit about Four Lakes. How and when did you start? What are some of the projects that you are proud of?

Colman: Four Lakes started about 14 years ago when I took redundancy from an IT job and decided I wanted to be my own boss. Initially, the business was split between web design and Voice-over-IP consultancy. However, Four Lakes has been solely focused on Web and supporting services for about 7 or 8 years now.

As a business, Four Lakes has aimed to create a long-term relationship with our customers. That’s helped greatly by being able to cover a range of web-related areas, giving them a one-stop-shop. For many customers, not having to decide if a particular issue is hosting, website, or even DNS before logging a ticket or lifting the phone is a huge bonus.

One of our long-term customers that epitomizes that approach is Nicki Sizemore at FromScratchFast. Her website is on its second iteration and is regularly being tweaked to optimize it best for her audience. In addition, she is located on the east coast of the US, whereas we are in the UK. This has introduced some interesting challenges. Fortunately, the flexibility of Cloudways hosting has allowed Four Lakes to easily locate her website close to Nicki and the majority of her website visitors.

Another, more local and recent project that is worth highlighting too is Cansford Laboratories – a drug and alcohol testing facility. The relationship with Cansford is very different, with Four Lakes being part of a team of providers each supporting different aspects of Cansford’s online business requirements, with our focus being the development of their new website. In addition to that, though, Four Lakes has also provided web hosting, using Cloudways of course. The hosting was initially provided for their previous website to solve a significant performance issue with the old hosting provider, and the client continues to be very happy with the performance.

Cloudways: Why did you choose Cloudways? Describe your selection process and what criteria you were looking for. What made our solution stand out over others that you researched?

Colman: Four Lakes has been a WordPress-based developer almost from the start, and I’m a big fan of the ease and rapid development possibilities that WordPress offers. We have a more traditional cPanel-based hosting environment that was initially used for all customers that required web hosting. As the business grew, though, it became pretty apparent that a better, more WordPress focused hosting solution would be a great addition to the Four Lakes range of services.

At the time, there was quite a gap between the standard hosting options (shared, VPS, etc) running cPanel or Plesk (also see cPanel alternative and Plesk alternative), and the highly optimized, WordPress-specific hosting populated by WP Engine, Pagely, etc.

Given that our focus was on SMEs, the top-end WP-specific hosting was not going to work for us. Our customers would not get enough bang for their buck. But I came across Cloudways and saw that it was filling that niche that really suited us – namely very-optimized WordPress-friendly hosting at SME-friendly prices. The alternative was building our own cloud hosting servers, and whilst I enjoy sysadmin work, it’s not going to be cost-effective for a business that is not offering web-hosting as a primary service.

On testing out the Cloudways environment, I could see instantly that it was offering a number of things we really wanted…fast WP-optimised hosting, good staging facilities, an easy-to-manage control panel, and excellent support.

Cloudways: How long have you been with Cloudways? What sort of things does Cloudways help FourLakes with?

Colman: I had to check our account for this, as it normally just hums along in the background, but we’ve just passed FIVE years with Cloudways!

Cloudways is now a core part of the Four Lakes web design/development offer. Not only is it offered to customers that don’t yet have hosting, but we actively try to persuade customers to move to our Cloudways-based hosting as we know it will make their website fly.

Cloudways: How did Cloudways help you resolve your problems? What do you think about the performance, speed, and security offered by Cloudways?

Colman: Cloudways have been at the other side of the chatbot all along, and have gone over and above with any issues or queries Four Lakes has had, to the extent that we’ve rarely even escalated to a support ticket. That stability and support have allowed us to present an even more professional service to our customers.

Speed-wise, Cloudways is hard to beat. I recently ran some tests on a couple of sites that were copied from a pretty-optimized Plesk environment. The same sites, one WordPress and the other a different PHP-based CMS showed significant speed improvements on the Cloudways stack. The WordPress site loaded in less than 70% of the time of the live site!

As for security, suffice to say we’ve yet to have a site hacked on a Cloudways server. The fairly recent addition of extra server security facilities to the control panel affords even more peace of mind.

Cloudways: Share your experience with WordPress, PHP, & WooCommerce. How challenging it is to optimize them for performance? How many of your clients are hosted on Cloudways?

Colman: I’m happy dabbling with Linux servers, but I prefer to leave proper optimization to the experts. That was one of the big selling-point of Cloudways for me, that the environment was aimed primarily at hosting WordPress in a very efficient way (whilst also working well for non-WP sites).

I’d estimate at least half of our client websites are hosted on Cloudways now, and we actively look for opportunities to move the others in that direction. We very rarely put new clients on anywhere other than Cloudways now.

Which hosting company were you using before Cloudways and what limitations made you switch? When did you first come to know about Cloudways?

Our other hosting company is a small, UK-based company that offers mainly cPanel-based shared and VPS hosting. They were doing a good job and provided a great level of support, but the lack of a WordPress-optimised platform was the main reason to look for another service to broaden our range.

Cloudways: In terms of a client + agency experience, is there a particular customer who faced a challenge that Cloudways helped to resolve?

Colman: One of our add-on services is a support and maintenance package, and part of that package is to update WordPress, themes, and plugins on supported sites. A number of customers have complex sites, usually involving WooCommerce. With Cloudways, instead of trying out updates on live sites, we can instead use the one-click staging facility, test out the updates on the staging site, then push them straight back to the live site. No downtime and minimum risk!

Cloudways: What are the three most used features on Cloudways that help increase productivity or that you find very useful?

Colman: In addition to the staging facility? I’d definitely opt for the easy WordPress migration tool. I’ve migrated too many sites using other tools that have proved tricky in one way or another. With the Cloudways migrator, it just works.

Another useful feature is the Teams. We can easily create a login for third party suppliers that give them access to as much of the hosting environment as they need, right down to the SSH/SFTP level for a single app.

Cloudways: It sounds like the service and support you get from Cloudways has been instrumental in helping your business grow?

Colman: Cloudways hosting has allowed Four Lakes to offer enterprise-grade web hosting to our customers. It is a core part of the jigsaw that a professional web agency requires to create a comprehensive offer.

Cloudways: What are five things that you think we do better than any other hosting provider and why would you recommend your customers to use Cloudways?

Moeez is a WordPress community manager at Cloudways. He loves to work closely with customers to understand their problems and come up with solutions that are not only beneficial but are long lasting as well. He also actively participates in the community to share his knowledge regarding Cloudways and hosting in general. In his free time he likes to watch football, workout and spend time on his PlayStation. Get in touch with him at [email protected] 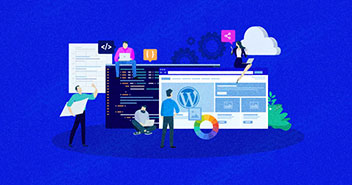 The 10+ Best Places to Find and Hire WordPress... 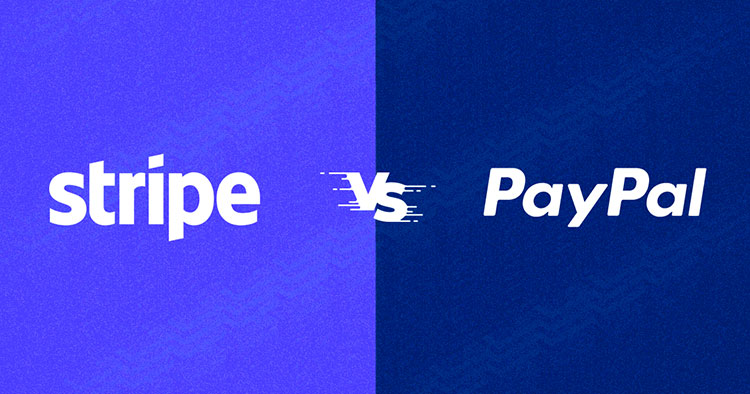 Stripe vs PayPal: Which Online Payment Gateway is Better?... 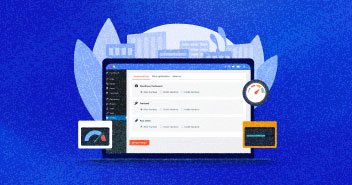