How to Protect Your WordPress Against DDoS Attacks

You must have heard of a distributed denial-of-service (DDoS) attack if you have been in the online business. DDoS is not a new thing, it came up in the early 90s and hackers have used it to put web services out of order by sending out loads of requests to the victim’s server.

If your business relies on your website, you can’t risk falling prey to hackers; so you must protect it against DDoS attacks. This blog will share the best practices of doing so and will share all the protection measures. Keep reading to find out more!

Before we jump into learning how to protect your WordPress site from DDoS attacks, let’s know more about DDoS attacks and their working.

What Is a DDoS Attack?

DDoS follows the approach of an attacker sending traffic (or “requests”) through compromised networks and computers to a single target, making the targeted system so busy that it stops responding to any other requests coming from legitimate users.

Attackers use these tactics to target and blackmail specific sites and demand ransom. Insecure devices and users following bad digital practices are most vulnerable to DDoS attacks.

These attacks are quite difficult to prevent because malicious traffic comes from various sources. However, by following the digital best practices and opting for a secure WordPress hosting provider, anyone can safeguard their websites against these attacks.

How Does DDoS Work?

A target server or network receives requests from compromised systems during a DDoS attack. The requests are so frequent that the bandwidth limit of a network of resources of a server maxes out. This slows down the server response, and in severe cases, it is rendered useless.

DDoS attacks can be categorized into two types:

Each of these attacks may come up in the different layers of the OSI (Open Systems Interconnection) model.

Networking engineers take the help of these layers to find out the problems within their networks.

Volumetric attacks mainly target the Network Layer and the Transport Layer of the OSI model. This attack targets a site or network by bombarding it with traffic and requests from botnets and infected zombie systems.

They utilize infected systems to generate a high traffic bandwidth. The systems are distributed geographically with bandwidths exceeding well over 10 TBPS, and these attacks are becoming even more sophisticated.

Protocol attacks target the load balancers and firewalls to exhaust the server resources. They flood the network infrastructures with malicious connection requests.

Attacks like connection floods, TCP connection exhaustion, SYN floods, and ICMP/UDP floods are some of the attacks that fall under protocol attacks.

Application layer DDoS attacks are also known as the Layer-7 DDoS attacks. These attacks usually target the vulnerabilities in web applications by sending traffic to particular sections of a website.

When these attacks infect a web app, it increases bandwidth consumption. However, these attacks don’t bring a website down but instead slow it down by a great deal.

Application layer attacks are much harder to detect, unlike volumetric attacks, as the traffic seems like real traffic driven by humans. Usually, they utilize HTTP, DNS, and SMTP requests.

Let’s take a look at some of the major Application layer DDoS attacks:

An HTTP flood attack uses the fake HTTP Get or POST requests and makes them look legit to attack a web application. These attacks are quite difficult to be identified because they utilize the standard URL requests.

HTTP flood attack tries to overload the targeted server with HTTP requests, ultimately making the server unable to respond to the incoming traffic, giving real users a denial of service.

In asymmetric attacks, the Application Layer receives high-workload requests that consume server resources such as RAM and CPU.

These attacks target both Application and Network layers by sending high-workload requests on applications combined with TCP sessions.

The Application Exploit attacks target application vulnerabilities that take over or manipulate an application to cause a server or OS malfunction. The most common are SQL injection, cookie poisoning, and cross-site scripting.

Even the Mighty Fall Prey to DDoS Attacks

Even enormous websites can fall prey to DDoS attacks. The recent example of a giant DDoS attack was in Ukraine, which targeted multiple websites.

JUST IN – DDoS attack: Multiple websites in #Ukraine are unreachable, including the Ministry of Defence, the Armed Forces, Privatbank, and Oschadbank, the Ukrainian cybersecurity center says.

How to Protect WordPress Against DDoS Attacks

We can lower the effects of DDoS attacks via some precautionary steps and methods, and in some cases, we can completely override the minor DDoS attacks.

Also, employing some methods at the network level can help detect and block illegitimate traffic. Modern networking hardware has specialized hardware accompanied by software that can detect and filter the traffic.

Intelligent routers and switches are equipped with software capable of rate-limiting. This helps the network hardware to identify bogus IPs sending illegitimate requests and block them from further eating away system and network resources.

Smart routers and switches can easily block SYN flood attacks and “dark addresses” attacks. In most cases, you do not have access to invest in the networking hardware used by your hosting provider.

Your best bet is to go with a managed WordPress web hosting that hosts reputable data centers equipped with high-end networking hardware and provides an initial level of security against DDoS attacks.

One of the reasons we, at Cloudways, have partnered up with DigitalOcean, AWS, Vultr, Google Cloud, and Linode is that their data centers are fully maintained and equipped with smart hardware running the latest software.

Cloudways provides DDoS prevention at its networking core with no additional cost to its clients.

Some systems detect the behavior of DDoS attacks. These are offered by many security companies out there that have developed systems that detect legitimate and illegitimate traffic patterns and filter them.

The IPS systems detect pockets of data on the network and block any malicious activity.

All the incoming traffic is passed through a “scrubbing center” before accessing a network or application. These are maintained by companies that provide DDoS mitigation services, and therefore, they cost a lot. But, if you are a victim of large DDoS attacks affecting your business, then you have no choice other than to invest in a DDoS mitigation service.

Cloudways provides an initial level of security to its clients. They receive fully updated servers with application and server level firewalls that help detect the unusual behavior of traffic and halt hacking attempts at an application level.

It is devastating for any WordPress-powered website owner when DDoS attacks exploit them.

Although WordPress is among the best CMS solutions and is backed by a vast community of developers, designers, and bloggers. Still, WordPress is prone to vulnerabilities, and some of the exploits are very easily utilized by DDoS attackers.

One reason is that WordPress holds a 43% share of the entire web, and therefore, it is an attractive target. However, a lot of the blame lies on WordPress website operators. Most users don’t even know that their website is being used as a zombie to attack another website.

Securing your website against a DDoS attack is a tough job. But, to ensure maximum safety, you can reduce the threat of DDoS attacks is by fixing vulnerabilities in your WordPress sites.

This functionality is enabled by default since WordPress 3.5 and provides services like pingbacks and trackbacks. These can be easily exploited to send HTTP requests to a target website.

A large Application Layer DDoS attack can occur if thousands of WordPress websites are compromised and send requests to a target website in parallel.

Shutting down the XML-RPC functionality on your WordPress website is recommended to stop the attackers from launching a DDoS attack that utilizes pingbacks and trackbacks.

Just add the following code into your .htaccess file.

Alternately, you can use a plugin like Disable XML-RPC Pingback to disable the pingback and trackback functionality and keep other functions of XML-RPC intact.

Ensure to keep your WordPress websites’ versions updated to get all the security enhancements introduced with each update.

The best practice is to make sure that the following things are up-to-date:

Besides updating your WordPress and its related elements, Cloudways maintains all the server-side updates.

You should contact web hosts and discuss if the servers and network hardware are updated with the latest software versions. Also, you enquire about the security measures that your web hosts provide.

Cloudways provides the following security features to its clients without any additional costs:

Configuring a security plugin can add a defense layer to your WordPress website. I prefer to use WordFence, as they claim to actively monitor and prevent DDoS attacks worldwide on WordPress websites.

WordPress Security plugins take a chunk out of your web servers, as their scripts utilize many resources to monitor various security threats your website faces.

However, hosting providers like Cloudways offers servers that are fully capable of handling resources needed by the best WordPress plugins like WordFence.

Q. What is a DDoS attack?

A DDoS or Distributed Denial-of-Attack is a coordinated and multinode attack where an attack overwhelms a server’s resources so it can’t serve the legitimate users and their requests.

Q. Why does a DDoS attack happen?

DDoS happen because it is easy to mount these attacks through malware. Hackers can set up a network of infected systems and use it to send a massive number of requests to the target server. Since the cost is low and the potential of damage is high, many hackers prefer DDoS as the first line of attack.

Q. How can I secure my website from DDoS?

You can protect your servers by filtering out traffic that fits the known criteria of a DDoS attack. The bot protection feature that a few hosting providers offer is excellent to secure your website from these attacks.

Additionally, you should consider building redundancies within your system so that the server does not go down completely. 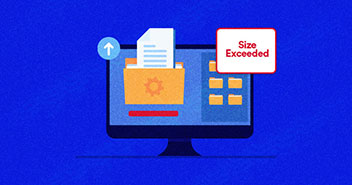 How to Increase Media File Maximum Upload Size in... 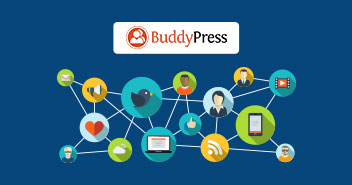 BuddyPress Plugin Review: How to Install This Social Network... 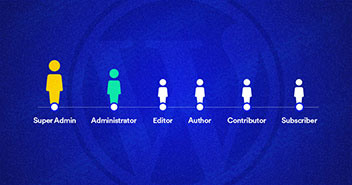 Create and Manage Users Roles in WordPress to Assign...