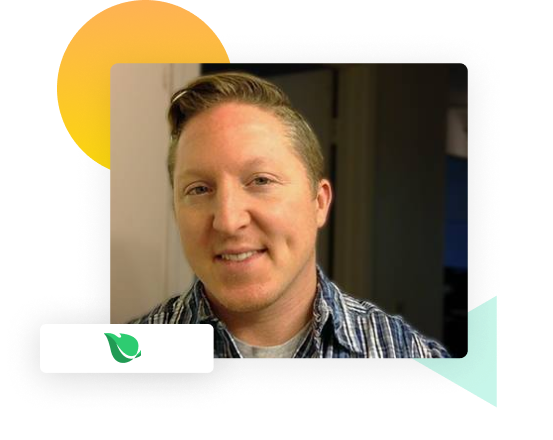 One or more fields are empty.
Not a valid Email address.
Thanks for submitting your Information. You'll get this ebook in your inbox.
Please agree with our terms and privacy policy.
casestudy-RobotArmyIndustries

About Grow With Meerkat

Grow With Meerkat LLC is a US-based digital agency that specializes in designing and development for small and medium-sized businesses and helps them grow their strong online presence worldwide. The team behind this agency is also the founding members of the Toledo Web Designers.

Alex Brinkman, the co-founder of Grow With Meerkat, was looking for a WordPress hosting that excels in providing optimal performance and professional support for his projects. This was really challenging for him since he uses Divi that’s “somewhat ‘bloated’ if not optimized.” He tried different hosting providers but ended up choosing Cloudways.

Cloudways: It’s great to have you with us, Alex! Can you tell us about your agency?

Alex: Thanks for the opportunity! Yeah, definitely. We’re an agency that is entirely built on the “teamlancing” aspect, meaning we have a team of highly skilled freelancers and bring on specific people to take on specific projects on a project-by-project basis.

This ensures we’re keeping costs for our clients down while still getting them the best possible product for less than they would pay if they hired these people individually. We tackle everything from web design, SEO, graphic design, branding, content creation, and more.

At the moment, web design is one of our busiest departments, and we build almost exclusively in the Divi theme.

Cloudways: What challenges were you facing that compelled you to start looking for a better solution?

Alex: The biggest challenge for us was finding a host that:

I was blown away by the speed difference on sites we tested on other big-name hosting companies compared to Cloudways Vultr High-Frequency servers. Identical websites, but dramatically different Google Page Speed Insights, and GTMetrix reports between the hosts.

Cloudways: What specific solution were you looking for in your ideal solution to your problem?

Alex: We were looking for something different than what we’ve experienced before in a hosting company. Scaling our business is essential to us, so we needed a solution that allowed us to quickly deploy new sites to easily move them once completed in as few steps as possible.

We’ve tried just about all the big-name companies, but they were all the same.

Cloudways Migrator plugin and the Cloudways API were such game-changers for us. Being able to quickly migrate entire sites (sometimes very large sites) by plugging in a few pieces of information really helped.

With the API, we’re also developing a system to programmatically deploy new, clean WordPress installs that already have the Divi theme and our common plugin set installed, saving us even more time.

No host we’ve worked with has anything like the Cloudways API.

Cloudways: How did you figure Cloudways had the best solution for your problems?

Alex: The numbers don’t lie. We’ve tested a lot of different websites on Cloudways vs. other big-name hosts, and none have come close to Cloudways. It’s night and day for us. It all comes down to the numbers for us, especially if we want to scale our agency.

Cloudways: What success did you initially face when moving to Cloudways?

Cloudways paired with the Divi theme version +4.10 works beautifully together.

Before Divi 4.10, it was imperative to have a great host to keep your site loading quickly – you can do all of the site optimizations and caching plugins you want, but if your server has a slow TTFB, everything else just starts to fall apart from there, and you hit a wall.

Alex: We’ve certainly increased productivity thanks to the Migrator Plugin and API, for sure.

Cloudways: Can you share any specific KPI or metric that shows how Cloudways works better with Divi?

Alex: Prior to Divi versions 4.10, one of the biggest KPI was the TTFB. Divi has traditionally been a bit bloated with everything it was loading on every single page so having a quick TTFB was important to keep Divi sites loading fast. If the server response was slow, it just sorts of dominoes from there.

With Divi 4.10.x, I’m not sure I can pinpoint a specific metric anymore because newer versions of Divi have also been optimized to only load the required assets on each page load, making Divi one of the lightest but also the most flexible and full-featured page builders out there.

When you combine the optimization in Divi with optimized images and the speed and performance of a great Cloudways server, they just really work so well together.

Add on top of that a finely tuned caching plugin like Cloudways Breeze Caching plugin, and you have a fast-loading site.

Cloudways: What do you advise the people willing to host their Divi sites with Cloudways?

Alex: Do it. You will not regret it. Even with Divi 4.10, the loading times of pages are noticeable on Cloudways vs. other hosts. Cloudways out-of-the-box comes to set up perfectly to run Divi and run it really well.

Cloudways: What are some features that you think allowed you to manage such a vast number of sites?

Alex: We’re in the process of migrating client websites over to Cloudways, but we’ll get there. The feature that allows us to manage such a large number of sites is the ability to have our pulse on the server.

I love that with Cloudways, it’s effortless to jump between servers to see how different applications are performing. If we need to migrate a site to a different server, it’s easy to do in Cloudways.

And paired with a good site management tool like ManageWP allows us to stay in the loop with what is happening with our websites.

Alex: I love the Vultr High-Frequency servers right now. It’s just such a reasonable price point, and the power and speed you get in return are absolutely worth it.

I appreciate that Cloudways gives you the ability to choose between providers. It means you can always select the right provider for the job based on your needs, as opposed to a “one-size-fits-all” approach most other hosts use.

Cloudways: How do you find our staging environment and cloning feature?

Alex: I’m not sure if it could get any easier. We use the cloning feature in the API script I mentioned earlier so we can quickly and programmatically deploy a blueprint site for new clients and have our team get to work immediately. This removes the usual bottleneck for agencies – the human beings who have to set it all up to get it started!

I love automation, and Cloudways feeds into that love. When you’re scaling an agency, automation is one of your best tools.

Cloudways: How would you rate our customer support experience?

Alex: The customer support has been awesome. I usually get an agent on the support chat within minutes, and they are always extremely helpful and knowledgeable. They have solved anything I’ve thrown at them, and they do it in a super-friendly way.

I’ve even hopped on the chat support to get advice about the API because I wasn’t sure of the most efficient way to write some code I was working on (for the programmers out there: our automation script clones our blueprint site on our sandbox server and then emails our team the login credentials to the new site so they can begin work but there is a few minute gaps between when the site is closed and when it’s accessible. I wasn’t sure the best way to handle that was to get the login credentials then and automatically email them to my team). The agent gave me excellent advice that I used, and it made my life easier.

Cloudways: What overall impact did Cloudways have on your business, before and after, on speed, performance, and multiple site management?

Alex: I think I’ve touched on the speed and loading times probably way too much already, but to reiterate, it really was dramatically different. I was at a point where I was seriously considering not offering hosting as a service for our business and instead of putting each client on their own hosting package (which they would buy directly from a hosting provider) because I didn’t want to deal with unexpected server issues or trying to squeeze every last bit of speed out of the server. We would have given up a good chunk of recurring revenue, but it seemed worth it not to have the headaches. I’m not a server tech and hate fumbling with server options. I love building websites, though.

Cloudways changed all that for me. I now feel excited and empowered to offer hosting services again through Cloudways for our agency, and I KNOW it’s going to be reliable. Also, if client sites outgrow our client-server, it’s so easy to just move their site to their own Cloudways account seamlessly where they can have a server more tailored to their needs. I have never worked with a hosting company that made it so darn easy to scale, ever.

Cloudways: Was there anything surprising about moving to Cloudways?

Alex: The entire thing surprised me! How can we have such amazing platforms at this price point? How can it be this easy to deploy, clone, and migrate websites to other accounts? WHY IS NO ONE ELSE DOING THIS?!

I keep finding more and more things to love about Cloudways. I wish I would have made the move when I first heard about Cloudways, but I just didn’t understand it. It seemed a bit too complicated for me, but it’s not at all – it’s so much better than traditional hosting.

Cloudways: Do you have any advice for people or businesses that may face the same problem as you did?

Alex: Don’t let emotions get in the way of scaling your business. The numbers do not lie, and the impact Cloudways has had on our client websites is undeniable.

Yes, it’s different from traditional hosting. You’ve got to get a little uncomfortable to learn how the Cloudways platform works compared to common cPanel systems.