Adminer vs phpMyAdmin: A Detailed Comparison of Features, Security, and Performance 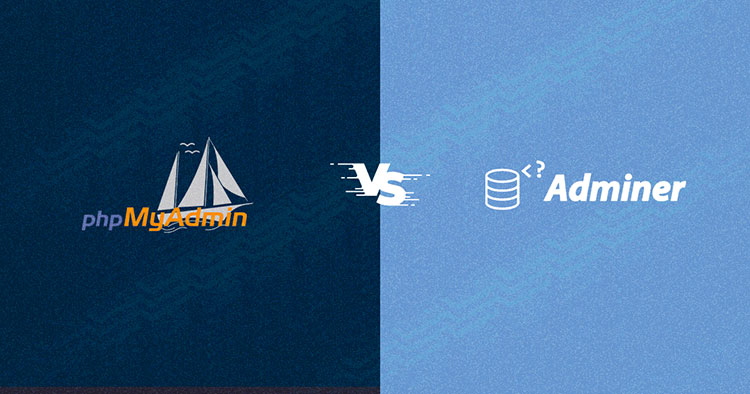 Every site requires a database to function where it stores all of your site’s data and managing MySQL databases is one of the basic requirements of being a professional web developer. Adminer and phpMyAdmin, two of the most popular database managers, come in handy to help developers streamline their tasks efficiently.

phpMyAdmin has been a staple MySQL/MariaDB database administration tool for a long time, whereas Adminer could be an extraordinary alternative. It comes stacked with tons of valuable features and an intuitive user interface (all within a single), lightweight PHP record that you just can deploy quickly on your server.

In this post, you’ll learn about Adminer and phpMyAdmin, which can help you decide which one to use for managing your databases.

phpMyAdmin is an open-source tool for MySQL that’s available for free. It is fundamentally written in PHP as a versatile web application and has become one of the foremost popular MySQL administration tools over the internet. It supports a wide extent of operations on MySQL and MariaDB.

phpMyAdmin is a popular application for MySQL database administration. Developers can create, update, drop, alter, delete, import, and export MySQL database tables using this phpMyAdmin. Moreover, phpMyAdmin supports many different operations that can be performed via the user interface.

phpMyAdmin supports RTL and LTR languages, so many users can easily use this software. It can help you run MySQL queries, repair, optimize, check tables, and execute other database management commands.

Adminer (formerly phpMinAdmin), is a tool for managing database content. It got its breakthrough in 2008 when Adminer made it into the CCA finals at SourceForge. Also, the first web hosting providers started to include Adminer as a MySQL managing tool in their portfolio of services.

It natively supports MySQL, MariaDB, PostgreSQL, SQLite, MS SQL, Oracle, Elasticsearch, and MongoDB. Adminer is distributed under an Apache license in the form of a single PHP file. Its author is Jakub Vrána, who developed this tool as a lightweight alternative to phpMyAdmin, in July 2007.

Unlike phpMyAdmin, which only supports the management of MySQL and MariaDB databases, Adminer also supports managing other databases such as PostgreSQL, SQLite, MS SQL, Oracle, SimpleDB, Elasticsearch, MongoDB, and Firebird. It is also available in 43 languages.

Adminer and phpMyAdmin are tools for managing database content. phpMyAdmin is one of the most famous tools for these tasks. Whereas Adminer is also famous and it is also a lightweight tool. Here is a detailed comparison between both of them:

Adminer is available through the plugin for MariaDB, MySQL, SQL, PostgreSQL, MS SQL, Oracle, Elasticsearch, MongoDB, and others. Whereas phpMyAdmin supports MySQL or MariaDB 5.5 or newer. A web browser that underpins JavaScript cookies and Bootstrap 4.5 to get to phpMyAdmin PHP 7.2.

Using phpMyAdmin, you can handle an unlimited amount of data that is exporting a table to SQL, CSV, or spreadsheets.

Adminer also provides a better, friendlier user interface. Customizing tables, columns, and their values is amazingly simple with Adminer. So is importing a database or taking backups. But on average, Adminer is 28% faster.

Adminer is secure. Versions 4.6. 2 contain an application security gap that allows programmers to read records on the server. This could happen if web admins leave the Adminer scripts publicly accessible whereas using Adminer. Anyone with web access can reach the path of your phpMyAdmin, which is a security risk, especially if you have not set excellent passwords for your database users.

Adminer also gives distant better; a much better, higher, stronger, and improved user interface. Customizing tables, columns, and their values is incredibly simple with Adminer, so is importing a database or taking backups.

phpMyAdmin synchronize feature does not work without remote access to the server, which is often impaired by a firewall.

Adminer uses a diverse approach – it can make a Modify send out, which creates change commands to synchronize the target database with the source after running on the inaccessible server.

Adminer offers textarea with one thing per line for enum type creation. In phpMyAdmin,

it is pretty complicated to declare an Enum. If the field type is “enum” or you would have to use a backslash (\) or a single quote (‘’) amongst those values, precede it with a backslash (for example, ‘\\xyz’ or ‘a\’b’).

It is not possible to create multi-column foreign keys in phpMyAdmin. It would be best to manually create an index before making a foreign key. Adminer offers a foreign key interface specifically in creating/altering tables compared to phpMyAdmin.

A Few Other Alternatives

When comparing Adminer vs phpMyAdmin, you can consider the following projects:

Adminer is one of the leading choices to use as a phpMyAdmin alternative. Not only does it have a lighter footprint, but it’s also much snappier to work it. It’s under moderate, however constant development. Adminer’s latest version included bolster for PHP 8 situations, making it future verification. If you’ve got any suggestions, please feel free to write them in the comments section below. 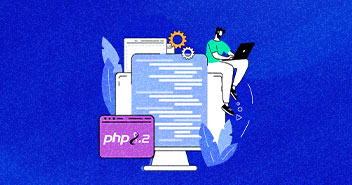 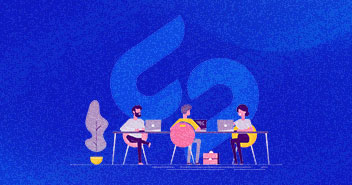 The 10 Top Silverstripe Agencies to Choose From in... 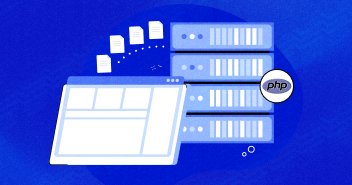 How to Create Image and File Upload in PHP...