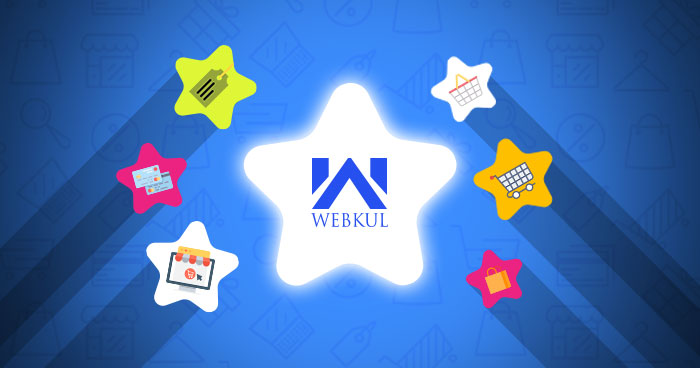 From a monthly revenue of $300 in 2010 to over 1900 products, and 80,000 paying customers in 2019 – Webkul has truly beaten the odds and is now known as a popular Magento extension developer. Let’s read on how it bootstrapped its way to success as one of the most recognized names in the Magento development industry.

It is around 3AM on a cold wintery night in 2010. Three college roommates Vipin Sahu, Vinay Yadav, and Prakash Sahu are hard at work. Though they have assignments due the next day, they are not worried about that. Their worry right now is how to create a solution that can help one of their clients improve conversions. They are still unaware of the fact that in the next few months, they will lay the foundation of a successful business that will win dozens of awards in the ecommerce industry.

Today, WebKul has become a major Magento development agency with over 2,000 tools and extensions, all focused on Magento, BigCommerce, and other ecommerce platforms. Magento Multi-vendor Marketplace is one of their popular Magento extension that has gained over 80,000 customers and won awards for the best selling extension in the Magento marketplace.

Talking to Cloudways, WebKul founder Vipin Sahu said, “During the initial days, our focus was on building products for small and medium scale organizations. We used to develop most of the products on open source technologies especially on OpenSocial, Joomla, Magento, and various open source projects, mainly PHP driven.”

On the ‘Pain of Managing Day-to-day Activities’

Vipin explains that a major reason they started working on tools was that they “saw that the organizations have a hard time managing day-to-day tasks. So we decided to solve this problem by building tools for them.”

“We believe that humans are tool builders. This motivates us a lot when we are solving the end-user problems especially for small businesses who can’t afford a tech team in terms of managing costs,” Vipin said while talking about the thousands of extensions his team has created for the users.

Webkul has now become a market leader in the e-commerce development industry. So far, it has built over 1900 products​.

Looking back at how they started, Vipin says, “We faced a lot of challenges during the startup process. There were many common startups issues, but the most difficult one was the social acceptance of entrepreneurship and lack of resources.”

According to him, in most Asian communities, the family expects the children to land a lucrative job in a multinational firm after graduation. Entrepreneurship is still a new and growing field and less socially accepted after graduation due to its instability. “Hence, trying to prove ourselves was the scariest and the most difficult decision of our lives,” he adds.

He still remembers how they hired their first intern. “We didn’t have the necessary resources like multiple computers, office space, or even power backup. So we worked during night hours so that our intern could use the laptop during the day while we were sleeping,” Vipin told.

At that time, they barely made $300 in their first few years. Surviving on such meager operational revenues was a massive challenge. The team needed to regulate the budget as well as work on creating new business avenues. Since profit is the oxygen for any business, especially if you are a bootstrapped company, WebKul reinvested all the profits back in the business.

“We didn’t spend even a single penny on advertisements, all of our traffic is organic. We never make any outbound calls or send promotional emails to clients. We were first-time entrepreneurs and everything was very new to us. So even if we had the funds, it was hard to use it. By going slow and organic, we learned a lot of things that we would never have if we raised funds and grew super fast,” Vipin says more about the way they handled the business back in the days.

But today, thanks to all the effort they put in, they have a team of 300 people who constantly set new milestones every day and work hard to drive out the best innovative ideas in solving real-world problems.

Failure is Part of the Game

Vipin says that failure is part of life, and if a person doesn’t fail he can never learn & succeed. They made thousands of mistakes and learned from them. Mistakes are all ok; there are no issues if you learn from them and fix them.

“Earlier we were focussing on building products for few open source platforms like OpenSocial, Joomla, Magento. Later on, we expanded our reach to other open source frameworks and also included SaaS-based platforms as well – Salesforce, Shopify, BigCommerce, and many more,” Vipin said.

For a web development agency like WebKul, competition is already tough in a highly competitive market. Everyone is using the latest technologies and tools to manage business better and to improve the end-user experience.

Vipin says, “We took it as a challenge and decided to offer a complete end-to-end solution to our clients, whether it’s Magento SaaS, Shopify or Big Commerce. From setting up a server and providing hosting services through ​​Cloudkul​, building mobile applications with the latest innovative techs, develop web-based PoS systems, Magento PWA, AMP under Mobikul​, to building multichannel connectors for online marketplaces, ERPs, accounting software, PIM extensions, and other platforms.”

Vipin says that once they develop the extensions, they list on ​​Webkul Store​ and the official marketplaces for Magento, Opencart, PrestaShop, Akeneo, etc. Then they prepare the…

Webkul has made a number of contributions to the open source community, particularly to the  Magento Platform. Recently, their developers made many several code fixes to the ​​Magento Open Source 2.3.1 release​.

As a result of the innovations in machine learning and augmented reality, Webkul was selected as​ ​Magento Innovations Lab Winner​ for two consecutive years, 2018 and 2019. They also received the ​​Magento Technology Partner Award ​for Top Selling Extension (Multi-Vendor Marketplace) in 2018.

Finally, we asked Vipin about his recipe for success. Vipin said that he genuinely believes in practice, as people gain expertise through a systematic process only. After spending a reasonable amount of time at it, people learn and become better.

“We are highly committed to our goals. We invest our resources to create world-class, easy-to-use software and applications for both small-scale businesses and large enterprise corporations with top-notch features and cutting edge technology expertise.”

Vipin advises all startup founders to don’t think of an exit plan when starting a business.

“If you have an exit plan in your mindset, then don’t opt for a startup. You want to create a company that you want to run for decades.

Second, become a problem solver. As an entrepreneur, you will face new issues every day. If you can crack them and have fun doing them, you will go a long way.

Third, as time passes, you will have to hire specialists. Initially, the co-founders worked as an all-rounder, but when you grow, you need to hire more like-minded people. When you hire the right people, you have a great team.

Finally, keep a bootstrapped mindset for your products. It is essential to think about how you will generate money to get the resources you need, from the first day. The bootstrapping way of thinking will eventually ensure that you become sustainable.”

Bonus Tip: Online businesses need to have an efficient online presence to match the competition. So to provide the customers with hassle-free user experience WebKul depends on dedicated cloud hosting techniques to host Magento 2 websites.

It is easily manageable & efficient for clients and available at no huge costs of hardware, and offer consistent automated updates.

Abdur Rahman is the Magento whizz at Cloudways. He is growth ambitious, and aims to learn & share information about Ecommerce & Magento Development through practice and experimentation. He loves to travel and explore new ideas whenever he finds time. Get in touch with him at [email protected] 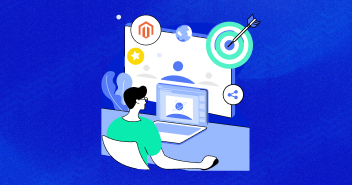 How To Choose The Best Magento Agency For Your...

Pick From These 11+ Magento Search Extensions For Best...