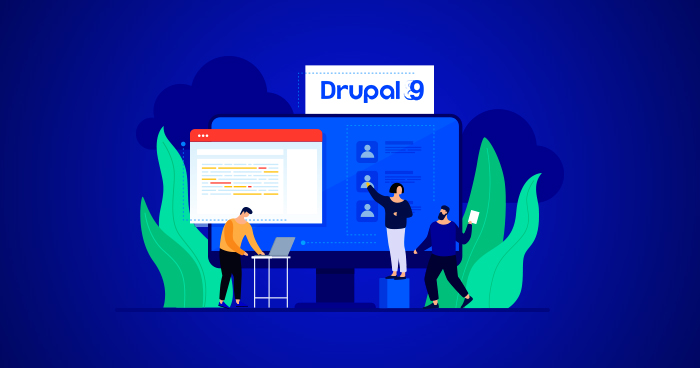 Drupal is a free, open-source substance management framework (CMS) with an expansive, supportive community. It’s utilized by millions of individuals and organizations around the globe to build and maintain their websites.

Drupal 9 is a cleaned-up form of Drupal 8. It is the same as the Drupal 8 minor version with expostulate code removed and third-party dependencies updated. Most extensions will only require a couple of changes.

Choosing a hosting provider these days for your website can be an onerous task. However, hosting on Drupal can be very easy, as Cloudways provides the option of five cloud platform providers: Digital Ocean, Vultr, Google Compute Engine, Amazon Web Services, Linode.

According to stats, DigitalOcean was the second-largest hosting company in the world in terms of web-facing computers. There is no doubt that DigitalOcean is still considered one of the best hosting companies in the market. You can’t set a foot wrong with DigitalOcean. Cloudways makes it affordable as well, with prices starting from only $10/mon.

Upgrade to Drupal 9 and give your Application speed

Why Upgrade Drupal 8 to 9

It is a fact that the Drupal 9 upgrade is not a complete update of the previous versions, Drupal 9 is an entirely new Drupal in a sense, but it isn’t a major update.

Unlike the earlier updates, Drupal 9 isn’t a reexamination of Drupal. There are only two significant differences between Drupal 8 and Drupal 9:

The key advantage of Drupal 9 over Drupal 8 is the platform will be backed with security fixes after November 2021. The standout feature of Drupal 9 is its capacity to supply as simple an upgrade as feasible from Drupal 8.x-1.0.

Drupal 9 is also backward compatible, i.e., Drupal 9 will use modules configurations and data created on Drupal 8, unlike the case with

Drupal 8. This way, Drupal 9 will remain fast, clutter-free, and yet an up-to-date technology.

Why go for Drupal 9

Drupal 9 was built on the adaptation of Drupal 8, so the changelog is shorter, and the update from Drupal 8 to 9 is easier. The most highlighted difference is the removal of almost all deprecated functions. In Drupal 9, the deprecated functions have been replaced by other ones, and the remainder will be removed in the next update of Drupal.

Moreover, the new Drupal 9 is set to be compatible with the next version of Symfony. Drupal 8 was used under Symfony 3, but Symfony is currently working on version 4 (with future plans for Symfony 5 and even 6 that are yet to be released). Along with this, The Twig theme engine version has been upgraded from form 1 to 2. In Drupal 9, most of the jQuery User Interface library conditions have been removed. Within the case of performing tests, within the new version, we comply with the PHP Unit arrangement.

You’ll find a number of navigation and menu modules to assist you in creating a flexible content design. This permits you to effortlessly organize an expansive, content-heavy site. Our work with Learning Without Tears outlines how to make adaptable formats on Drupal while giving detailed illustrations of complex integrations and custom search solutions. The Panels module in Drupal permits engineers to make customized formats for various uses, letting you explore modern ways to show your content. It automates PHP code upgrades by renaming classes, methods, properties, namespaces, and constants.

Apache Solr can be an alternative to the core search module on Drupal for colossal gains in control and speed. The search functionality itself is the most compelling functionality to use Drupal over other CMS. Both high and low activity destinations with huge databases can be moderated down by destitute search functions that create a bottleneck. Apache Solr also enables complex looks, ordering connections, and searching on different destinations.

Drupal 9 is highly adaptable and allows integration with third-party APIs as well as the creation of your Possess API endpoints. An API permits you to communicate from server to server in order to trade data such as distributed substance, client data, etc.

Drupal 9 also makes SSO with other frameworks simple using Google Apps like OAuth, or a SAML-based integration like Salesforce. SSO permits a client to use one login over numerous locales without sharing your watchword over these locales. You’ll be able to log in to one site and be verified to get to numerous other sites without requiring to log in to each one separately.

APIs and SSO are basics in making your site work consistently with well-known third-party platforms. On Learning Without Tears, we coordinate Also Live Experiences to handle lumbering product licenses for educators so they may center on educating rather than paperwork.

What is more helpful is that it can be integrated into the development forms and continuous integration frameworks. As a result, it gets to be exceptionally simple to ensure that your custom code and contributed modules are deprecation-free and Drupal 9 congruous.

You can check Drupal 9’s compatibility by updating your contributed and custom modules and using Upgrade Status to check their concord, confirm the removal of deprecated code, and move on to the update. You can use tools such as Drupal Check to analyze our progress and look for deprecated code that require updates.

Drupal 9 has the capacity to “run headless,” meaning you’ll be able to distribute dynamic content to Drupal’s capable devices and see it as a notification on a device like the Apple Watch. This gives extra adaptability by combining new and unused functionalities that back Drupal’s status as a driving CMS.

Nothing as Easy as Deploying PHP Apps on Cloud

Drupal has proven to be a secure open-source CMS with system applications. Drupal is developed, steady, and outlined with intellectual security. Hence, numerous expansive organizations depend on Drupal as the most-used CMS to control their websites or web applications. Drupal has one of the most excellent security groups accessible, progressed facilitating providers, and one of the largest open-source communities of designers contributing to the CMS.

Official support for Drupal versions 7 & 8 will be taken down in 2022, along with the bug fixes, security updates, and creation of new modules for those versions.

Open source programs have their source code accessible with a license in which the copyright holder gives the rights to change, study, and distribute the software to anyone, for any reason. Open-source programs are developed in a collaborative, open way and in the long run of development for a few reasons.

One key advantage of an open-source program lies within the sheer volume of its individuals. With so numerous individuals contributing to the stage, problems can be rapidly and effectively settled through a wide assortment of experiences, strategies, and capacities. Web Engineers have created modules and plugins targeting each conceivable need. On the other hand, Proprietary software often gets buggy and is riddled with rigid or obsolete command philosophies. With open-source, you’ll ceaselessly adjust to make the finest item possible.

Drupal encompasses a large user community that regularly contributes to repositories like GitHub. By virtue of the sheer numbers of designers and architects working on Drupal, there’s a wide information base contributing code and participating in Drupal bunches on LinkedIn, Subreddits, and more.

There are particular system requirements to be aligned with the update. You may say that these are the minimum prerequisites for your system to work effectively.

Pros and Cons of Drupal 9

Compared to version 7, Drupal has almost been rewritten from scratch to comply with new technological trends. This implies that if you update from Drupal 7 to Drupal 9, you’ll have access to all the Drupal 8 and Drupal 9 benefits in one.

How to Install Drupal Framework

The very first thing you need to do is Sign Up on Cloudways. You can do this from the homepage by clicking the “Get Started For Free” button. The signup process requires a valid email address, a GitHub, or LinkedIn account.

Once you have signed up, launch a new server with a custom PHP application to install Drupal.

Next, go to the server dashboard and click Launch SSH Terminal.

If you thought installing Drupal is a manual (and hectic) task, here’s a surprise for you – You can install Drupal by simply typing the following command in the terminal:

Everything will now be installed automatically, including all the libraries and dependencies required by Drupal.

You can access the webpage by adding /my_site_name_dir/web/core/install.php at the end of the URL to open the Drupal installer. If you see the welcome page (shown below), everything has been configured successfully.

Enter the details for the database from the access details of the application. Click Save and continue when ready.

After that, the installation procedure should finish, and you can enter the site information and the administrative login details.

Site email address: The e-mail address to which automated emails will be sent

If you see the above message, Drupal has been successfully installed on your Cloudways managed server.

As we have realized Drupal 9 is built in Drupal 8, utilizing deprecations and optional updated dependencies. Drupal 9.0 includes the evacuation of a few deprecated codes but presents no modern highlights. it’s a continuation of the fully-tested, steady codebase that was Drupal 8.

Q. How long will Drupal 9 be supported ?

Drupal uses a part of Symfony code. The end date for Drupal 9 is when Symfony 4 comes to its conclusion in November 2023.

A: Official support for Drupal versions 7 & 8 will be taken down in November 2022, along with the bug fixes, security upgrades, and creation of unused modules for those versions.

Drupal 7.0 has served us well. Drupal v7’s End Of Life was planned for November 2021. However, given the effect of COVID-19 on businesses and budgets, the Drupal organization has amplified this date until November 28, 2022, with Drupal 8 bolster still finishing in November of 2021. 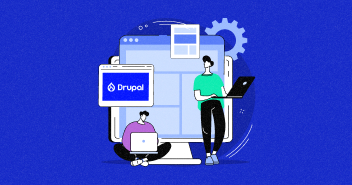