“We didn’t know that WooCommerce would flip our whole business on its head,” shares Magnus Jepson

In our series of WordPress interviews, we covered several WordPress bloggers, developers, community wranglers, WordCamp organizers, and many more. Today, we are talking with Magnus Jepson, Co-founder of WooThemes and the man behind WooCommerce.

Magnus is known for his dedication and passion. He is an “enabler”; a person who empowers others with his work. According to a recent research by BuiltWith, WooCommerce is the leading ecommerce platform for developing online stores. Building a team needs planning and strategy. With his partners, Magnus has done this job really well. The successes of WooThemes and WooCommerce are living proofs of his visionary skills.

Cloudways: Everyone in the WP industry knows Magnus Jepson as a cofounder of WooThemes. How do you feel about it? When did you decide to quit your job and took the risk to build a startup?

Magnus Jepson: I feel both lucky and honored to be part of a community that has so many smart and like minded people. It was about 7 years ago when I quit my old programming job, where I had to stay in office during regular business hours. I saw it as a big risk in quitting my job to work on growing a startup with two co-founders from the tip of Africa, but eventually they managed to persuade me. I had also made a backup plan that I would freelance and work on WordPress websites should WooThemes not continue to grow.

Cloudways: “Win Others Over” (Woo) is an inspirational and eye-catching brand name. Who came with this unique idea? Who was behind the design of Woo character?

Magnus Jepson: I believe “Winning Others Over” is a phrase we’ve used in latter years as a good motivational line for our team. The initial brand conception came about over an afternoon Skype chat, where we wanted something short and catchy, which included “Themes”. I suggested the term “w00t” which I thought would go nicely with Themes, and we went with that.

The WooNinja came along later as a reference to our support staff. They are called WooNinjas. We found a stock art character of a ninja, which we later turned into our own unique design (with the help of talented Jon Hicks) and named him “Hiro”.

Cloudways: What was your approach and plan while launching the WooCommerce in the industry? Did you know that it will, one day, become the leading ecommerce online store building plugin?

Magnus Jepson: WooCommerce wasn’t considered a platform to run your online store back then, but we saw early signs of people wanting to sell simple things through their websites. I believe it was Templatic who was the first to incorporate ecommerce functionality in their themes. We had done all sorts of themes, including business, portfolio and music; so, ecommerce was the next step for us.

We initially just thought that an ecommerce plugin would help us sell more WordPress themes, and to be honest we didn’t know that it would flip our whole business on its head and turn into one of the largest platforms available online today.

Cloudways: Where do you see the growth of WooCommerce while having Magento and PrestaShop already making the strides in the market?

Magnus Jepson: The growth of WooCommerce has been incredible in the last year. We’ve quietly been catching up with Magento, and in many markets, have surpassed it already. Almost 25% of the internet uses WordPress now, and if you want to setup an ecommerce store, it makes sense to continue to use WordPress if you can.

With WordPress continuing to dominate, I see more users wanting to keep their website and webshop on the same platform.

Cloudways: Woo team has come up with so many creative things over the years. Who is behind the planning of all the awesome stuff? How do you all communicate with each other being located in different parts of the world?

Magnus Jepson: We’ve always tried to be fun and quirky, and this is a reflection of the diversity of our team. We are over 50 people now, all working remotely from over 16 countries. We have put a lot of effort into growing our awesome marketing team, and spreading the WooLove through meetups, WordCamps, and our own WooConf.

We use several tools to communicate, including Slack, P2, Skype and Google Hangouts. We also try to have regional team meetups, usually around conferences, and also have our annual WooTrip, which has led us meet in places like the Alps in Austria, Cape Town, London, Amsterdam, and San Francisco.

Cloudways: We all have a social life other than work. What does Magnus do other than Woo? Any interests in music, sports, etc.

Magnus Jepson: I’m known to be found on the golf course if I’m not working. I’ve been playing golf since I was eight years old, and try to compete at the regional level in Norway. It is a great hobby to have when I travel as well, as I get to see many breathtaking golf courses and areas around the world.

Since starting Woo and visiting my co-founders in Cape Town, I’ve picked up surfing as well, and realised that the area I come from in Norway has the best surfing in Northern Europe!

Cloudways: Ecommerce website owners need secure platforms for their businesses. How do you satisfy your clientele when it comes to the security of the platform? How often do you update WooCommerce?

Magnus Jepson: Security is a top priority for us at Woo. With integrated unit tests and code analysis, we ensure our code remains lean and stable at all times.

Of course, our system would only be what it is with the power of our dedicated team behind it. Our WooCommerce development team is fully present and engaged when they are fixing bugs within WooCommerce. They respond to all issues reported with the same passion and determination to get the issue resolved.

We update WooCommerce 3 times a  year at minimum (for major feature releases) with point releases (bug fix updates) happening regularly and as-needed. Security patches are given the highest priority with transparent disclosure report on our official blog once the patch has been deployed.

WordPress is a community; one we are extremely fond and proud of. Collaborating with companies such as Sucuri Security and Wordfence help us to pinpoint, resolve, and disclose security issues in a swift and timely manner.

WooCommerce is but just one piece of WordPress ecommerce store. We make it a priority to continually educate customers around plugin updates and maintenance of their ecommerce stores.

Cloudways: There are many individuals within the WordPress industry who inspire everyone and becomes the ideals for the newbies. Name five people who have inspired you the most in the WP community?

Magnus Jepson: When we started out, we really admired our competition. Guys like Brian Gardner (StudioPress), Cory Miller (iThemes) and Jason Schuller (75press) were people I admired and looked up to. I’ve always admired Matt Mullenweg and how he manages to lead such a broad community of people and businesses that all build upon WordPress.

I’ll give a shout out to Scott Basgaard as my last person admire, not only due to the fact that he is a great guy and good friend, but also how he has managed to move from New Jersey to a tiny village in Norway, and helped WordCamp Norway and local Stavanger Meetup get up on its feet!

Cloudways: Cloudways offers WooCommerce as a stand alone application within its cloud platform. It is compatible with Varnish, and with the feedback of our users, it works 100% faster. What are your views about it?

Magnus Jepson: We see many hosting providers now offering WooCommerce as part of their WordPress hosting solutions, which we think is great! I always recommend such hosting providers due to the fact that they know our product well and allow for faster and more secure solutions to our users. With Woo being an open source provider, we also greatly appreciate the code contributions we get from hosting providers on how we can improve upon an already rocking platform! 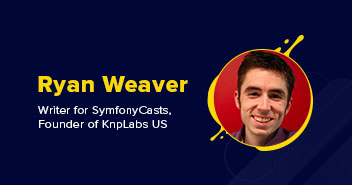 Cloudways interview founder of KnpLabs US, author of Symfony...