How to Set API Rate Limiting in Laravel 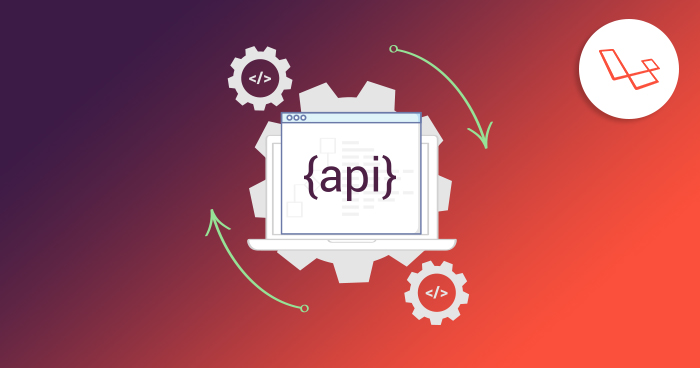 We are going to continue our discussion on Laravel and website security and introduce an API endpoint. I will also explore Laravel’s rate-limiting functionality. To set things in proper context, I will use the to-do app developed in the previous article.

Laravel throttle incorporates an easy-to-use, rate restricting abstraction, which, in conjunction with your application’s cache, gives an easy way to constrain any activity during an indicated window of time.

Throttling something in Laravel isn’t rocket science. You usually need to limit an action based on a number of attempts inside a time window, like when the client makes an Ask. The throttle middleware does that for you, and the default LoginController automatically throttles logins.

How to Set API Rate Limiting in Laravel

What is rate limiting?

Rate-limiting is the control of the number of requests per unit time. It can be applied to ports, IPs, routes, etc. When used correctly, it can efficiently block out malicious bots. In the case of our API, it can mitigate DOS attacks, making our API accessible without downtime for legitimate users.

Note, rate limiting can also be done via a firewall. For example using IPTables on Debian based systems:

This will limit hits to port 80, 10 times per minute. However, this approach makes it difficult, if not impossible, to only apply rate limiting to the API routes and not the entire site. Fortunately, Laravel (versions 5.2 and above) has built-in API Throttling Middleware for this exact purpose.

The idea is to be able to add a task by using an API route. This should be simple enough. We just add two routes (to list tasks and add tasks) and instead of returning a template, we return a JSON response.

Now, we can use curl to add and list the tasks.

This allows us to add 10 tasks within milliseconds (638 ms to be exact). Without rate limiting, this makes the app vulnerable to a very basic DOS attack.

Now let’s use the built in Laravel rate limiting which limits the actions/responses per minute. Change the API wrapper for the use of Throttling Middleware

This will cap requests made by an IP to 3 every 10 minutes. Next time the user hits the API from the same IP, the following response will be returned:

The key to rate limiting is finding the right balance. In our sample “To-do tasks” app, if 3 tasks every ten minutes seems too restrictive, we could change it to 3 tasks per minute with the following (omitting the second number, since by default it is set to 1 minute , i.e. ‘middleware’ => ‘throttle’, will limit 10 requests per minute).

Using fields other than IP to throttle

Many institutions and ISP’s use NAT’d solutions. Hence, it is not advisable to limit an entire group of people just because one of them is abusing the API. If we want to throttle by something unit other than IP, all we have to do is extend the base ThrottleRequests class and override the resolveRequestSignature function:

Replace the $request->ip() field with some other field. For example, to throttle using the session id as the unique key, add:

Or if you want to throttle by using the user_id passed into the request,

Or even the API Key

The only requirement here is that the field in question be unique between users. But that’s about it. We have our API rate limiting in place.If you need further clarification or wish to share your opinion, do leave a comment below.

With Laravel, you can specify the maximum number of requests based on the attribute of authenticated User’s model, using the feature of dynamic rate limiting.

In my experience, server management issues could be a serious roadblock for developers. I avoid these roadblocks by opting for Cloudways. Cloudways offers a great development stack (known as ThunderStack) to host Laravel projects and takes care of all server level problems. You can try out Cloudways for free by signing for an account.

Laravel simplifies the process of limiting the number of requests a client could make for a particular action. Consider the following snippet from the Laravel Docs:

In the above snippet, the authenticated user can only hit the mentioned routes 60 times (and more!). This is handled by the throttle middleware. While this is great in some cases, this is not enough in most. Usually, dynamic rate limiting is an essential requirement of the project.

Here is another case from the Laravel Docs:

In the above snippet, the middleware is used once again. But the request is not defined there. Rather, the attribute name is passed. In the context of the snippet, rate_limit is a field in the user’s table that records the number of requests as an integer. Using this process, developers could easily define and control the number of requests for individual users. A popular used case that comes to mind is limiting access to particular resources based on the user-opted subscription plans.

The API rate limiting middleware is enabled and applied to all the Container Endpoints by default. To disable it, set API_RATE_LIMIT_ENABLED to false in the .env file.

Created by Graham Campbell, Laravel Throttle is an exclusively built package that performs rate limiting in Laravel. It requires a PHP 7.x version for its proper functioning and supports optional configuration. To start working, you need to publish all vendor assets by executing the PHP artisan command which will create the throttle.php file inside your app.

Rate limiting is an important option that completely changes the project structure (for the better). Developers could easily set up and control the frequency of access to resources through a simple in-code process. Let me know if you need further clarification about Laravel rate limiting.

Q. How to implement the Laravel Throttle Request middleware in Laravel ?

If you want to limit some activity by 10 hits per 5 minutes, than decay Minutes must be 5

Q. How to set up different rate limits for different paths ?

A: First edit the Kernel.php file and comment out its default line 40 so that it doesn’t conflict with each middleware group. You can also modify the middleware by including a second parameter that will define how long the waiting period would be until the next request could arrive. (e.g. throttle:60,1)

Q. How to disable rate limiter in Laravel ?

A: For disabling the rate limiter in Laravel, first go to the app/Http/Kernel.php. There you will find the default throttle limit defined by Laravel for all api routes. Just comment out that code to disable it completely. 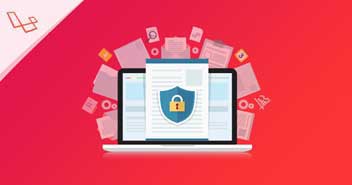 An Overview of the Best Laravel Security Practices

How to Setup Elasticsearch with Laravel 8.x

Create a Realtime Chatroom with Laravel, VueJS and Pusher