Today we are honored to have James Titcumb for this interview. He is a PHP Consultant at Roave and an Organizer of the PHP South Coast Conference. He runs PHP Hampshire PHP user group. Additionally, He is the project lead for the Browser Capabilities and  Better Reflection project. Cloudways: Hello James! Thank you for taking some time for this interview. Could you please tell us about your career as a PHP developer and what motivated you to choose this line of work?

James: I started from a young age, when I played games on an Amiga 500. I explored around what you could do as well, and for some reason, we had a book to teach Amiga BASIC (it was massive!). I learnt a bit of that, and progressed later by learning things like Delphi, C/C++ and so on. Eventually I wanted to make a website for something, and that’s when PHP 3 was out recently. It was so easy to get things going, even though the websites I made look terrible by today’s standards!

Cloudways: You are a member of Roave Team. Could you please introduce your team and what do you guys do?

James: Roave is a group of freelance consultants and developers really. We just want to unite under one banner, and make super high quality code and provide top notch consulting and training. We work on all sorts of things, but generally we end up fixing projects that are on fire!

Cloudways: James, you also run PHP Hampshire User Group. Could you tell us a bit about this group. Who can join this group and how it helps developers and PHP users?

James: That’s only partially true… I did found it back in 2011, but I’ve recently stepped down as lead organiser. It’s just a great PHP community like many other user groups – we get together at least once a month, watch a talk from a speaker and socialise a bit. Great friendships are born here too! Anyone can join.

Cloudways: Can you brief us about your project “Better Reflection”? How did you get the idea to start this project? What is your take on open-source contributions?

James: Better Reflection is a crazy project – an interesting one for sure. It uses the PhpParser library (that’s a PHP parser, written in PHP) to create an Abstract Syntax Tree for PHP code, and uses that to create an API similar to that of PHP’s core reflection. I could go into a lot of detail about it, but you can also check out a summary of what it’s all about here.

As for open-source contributions – that’s pretty much my bread and butter. Almost everything we do in PHP is based on open-source software, so I make every effort to give back. It’s also one of the “core values” if you like of Roave – we are all contributors to open-source.

Cloudways: It seems that Zend framework is your favourite PHP framework. How long have you been using this framework and what features do you like the best?

James: Yes – in fact I’m part of the community review team for the Zend Framework projects too, so occasionally when I get some time I might review and merge some pull requests! I’ve been using Zend Framework since maybe about 1.5 or 1.6 (I don’t remember exactly). Zend Framework 2 and 3 made huge improvements over time and is a completely different thing. It’s much better now. My favourite point of it is the configuration over convention philosophy. There’s very little magic going on. Sure it means a bit of extra typing, but that explicitness of everything is great and leaves no surprises!

Cloudways: When is your “Browser Capabilities Project” coming? How do you see the future of your project?

James: Browser Capabilities Project I took on out of necessity. A company I worked at previously depended on it (for tracking & web analytics) and the founder had run out of energy maintaining it, so I spent some time modernising it, re-writing what was a VisualBASIC 6.0 tool into a modern Symfony Console-based tool. It’s a really comprehensive database of user agents. Honestly though, I wish it wasn’t required; there are very few actual use cases for user agent sniffing now that we have responsive web design. It sounds daft, but for that reason I try to discourage people from using it.

Cloudways: How could a newbie get a head start in enterprise level development using Zend framework?

James: Probably the best way is to get a mentor. Check out phpmentoring.org and there’s an IRC channel and so on. Also, learn by “doing things” and especially breaking things. That’s how I learnt almost everything I know; by breaking things!

Cloudways: What are your expectations from this year’s PHP South Coast Conference? What topics should be covered in the event?

James: The full line-up for the conference is out, the conference is on 9th and 10th June. It’s sort of bittersweet for me, because I think this is going to be the best PHP South Coast so far, but is also going to be the last. We’ve spent three years ironing out issues and building on the successes of previous years. The team behind me is an awesome group of people that make this possible.

Cloudways: Do you think that managed hosting solution help developers kickstart web projects without worrying about server management issues? What is your opinion about managed PHP hosting solution like Cloudways that provides featured-packed and highly-optimized PHP stack with Laravel, Symfony and other applications?

James: It’s interesting to see the trends regarding infrastructure over the last few years. The explosion of Docker and other containers, as well as “serverless” technology (the term annoys me as it’s really a misnomer). Having such an array of options from dedicated hardware, to VPS, container infrastructure, AWS, serverless and managed stacks like this is a good thing. Use the right tool for the job!

Cloudways: Who are your closest friends in the PHP community? Who would you like to be interviewed next in this series?

James: I hang around probably too much with Marco Pivetta (Ocramius), Gary Hockin (GeeH) and Jordi Boggiano (Seldaek). There are so many great people in the community though, it’s hard to just pick a few.

Cloudways: What do you do to unwind? Do you have any geeky hobbies? What about your favourite movies and sports teams?

James: Open-source! Haha. But when I’ve really had enough of staring at a screen, I do like watching films with my wife. I don’t watch much normal TV really – mostly Game of Thrones and The Walking Dead. Love them!

Cloudways: To inspire our readers, could you post some pics of your office space or the workstation?

James: I’m out at a conference at the moment, so here’s my “on the go” office space set up 🙂 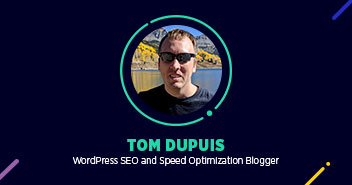 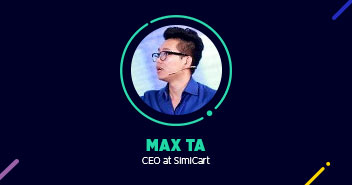