Is Joomla! Still Good: Yes or No?

Since its inception in the year 2005, Joomla! (or Joomla) has seen its share of good days. It was considered the prime CMS choice for many developers, but that was the case a few years back. Today, such a statement is rarely heard as interest in Joomla seems to be dwindling. Just check Google Trends for Joomla.

In this blog post, I have tried to landscape the Joomla ecosystem. Many will think that I am criticizing Joomla!. In all honesty, I am in no position to do that. This blog highlights both the good and the not-so-great sides of Joomla! My motive is to create a debate about using Joomla! CMS as I believe it has a great piece of web development software.

Moreover, I am going to share with you, opinions and suggestions of some of the most celebrated Joomla developers, search engine optimizers, social media experts, digital marketers, regarding the current difficult times Joomla is enduring and its potential future.

Why is Joomla good?

Downloaded more than 50 million times already, Joomla has become one of the most commonly used CMS over the past 6 years. It is currently the second most popular CMS hosting solution after WordPress.

One of the major benefits of Joomla is that it supports object-oriented programming language, thus providing the developers the ultimate convenience to code their programs without any hassle.

Joomla currently powers 3.0% of all the websites. The latest version of Joomla 3.3.6 was released only two days ago. Due to its user-friendly framework and mobile responsiveness, the big players have started showing their trust in Joomla. According to the portfolio on the official website, companies, and organization like IKEA, Peugeot, Barnes & Noble, Guggenheim Museum, etc trust Joomla. Furthermore, governments from all around the world use Joomla for their websites.

The sleek admin area that Joomla offers is simply awesome. It gives you the perfect experience of robust navigation and smooth functionality. The two templates, Protostar and Beez3, are also embedded with some new features that give you an elegant framework to work on. If used properly, it is a very powerful website building framework.

Another good news is that with the release of new version, Joomla has made some excellent improvements in security framework, providing the users with page and password hashing, multilingual compatibility, new RSS feed application, and documentation of microdata with MediaWiki working efficiently at the backend.

Why is Joomla not so good?

There is always another side to a picture. I have covered the good side in the paragraph above. Now, it’s time to highlight the bad things – the loopholes in Joomla. There are many reasons that count when it comes to the realization that Joomla lags behind WordPress and other CMSes on some major fronts.

Search Engine Optimization (SEO) is one such area, where Joomla tends to perform rather poorly as compared to other CMSes, especially WordPress. Although the development team behind Joomla is working hard, there is a lot of room for improvement when it comes to SEO.

Another blot on Joomla is its plugin and extension repository. Although there are more than 7,700 extensions available they are restricted in their functionality and many are outdated. Plus, there is hardly any as popular as the ones in WordPress’ repository. The lack of regularly updated Joomla extensions has hit the overall functionality of the CMS hard. The Joomla developers need to work extensively on increasing the number of user-friendly extensions in the repository.

One common perception amongst the common users is that Joomla’s installation is a cumbersome process and working on it is even harder.

The biggest disadvantage that hampers Joomla’s current standing amongst the other CMS software is that it does not provide anything new to the users. The core functionality is fragile and is still based on the age-old traditional semantics. The CMS, on the whole, has not evolved as was expected to such a point, where Joomla could have challenged the supremacy of WordPress or Drupal, etc.

According to this graph from W3techs, Joomla is at a very odd position. It is neither used by “many sites” nor it is used by “high traffic sites”. Its position in the market as CMS for “fewer sites” with “low traffic” is a sign of danger.

The most disturbing part is that Joomla’s decline is real. Over past one year, it has seen its market share shrinking from 3.25% to almost 3%. This means development talent for Joomla is also shrinking and so is the possibility of the induction of newer talents.

This downward trend has forced the Joomla experts to be concerned about the future of Joomla. The ongoing debate also casts a doubt over its future and its ability to live up to the expectations, the developers had had from this user-friendly content management system.

Furthermore, Joomla! 3.5, the promised Long Term Support (LTS) version, is still in progress with no release date in sight. The Wikipedia page on Joomla says “November 2014”, a date which is not backed by official announcement. However, after the publication of this article, Parth Lawate, Strategic Marketing Manager of Joomla!, informed me about the change in the development roadmap. Joomla! the development team would now look forward to actively update 3.x versions.

Again, I must say, Joomla developers need to concentrate on bringing modifications to the core functionality of the CMS, providing new avenues to the users to explore in depth all the possibilities if they want to run an online business on Joomla. It will take time, but once the right step is taken in the right direction, Joomla will be able to reap out the benefits.

Welcome to the Joomla! debate

The debate about changing trends and their effects on Joomla continues till today. I have curated some responses from such Q&A session on the social website, Quora. The responses are very thought-provoking.

Andrés M.B., an SEO consultant, thinks Joomla! is the ultimate CMS: Read Quote of Andrés M.B.’s answer to Which one is better for a startup to create their website in terms of scaling, CMS, development efforts, templates, etc.: Joomla or WordPress? on Quora

Read Quote of Kaushal Patel’s answer to Would Joomla be a good way to build a website for a new business? on Quora

Frederik Ramm, a web developer, thinks Joomla! is good as any:

Read Quote of Frederike Ramm’s answer to Would Joomla be a good way to build a website for a new business? on Quora

Dan Bochichio, web developer, SEO expert, and gamer, believes that it all depends on the situation: Read Quote of Dan Bochichio’s answer to Joomla! or WordPress as a CMS service? on Quora

What the Future Holds?

The lower trends in Joomla’s market share may signal a worst-case scenario for Joomla as a CMS, but there is still a ray of hope for Joomla as an Application Platform.

Well, think about a future where, Joomla, being an application platform, rather than a complete CMS. The new Joomla version release should emphasize on marketing Joomla as an application platform, with some new functionalities, each independent from the core Joomla code. This will provide a much cleaner and user-friendly infrastructure to work on for the esteemed Joomla lovers. The developers have a key role to play in this regard.

It’s a hard time for Joomla! CMS as it is going through a lean patch. Against all odds, Joomla has managed to have the continued trust of some of the giant business organizations, which is in itself a testimony to the fact that Joomla is still there and it is still relevant. With sleek admin area and improvements in security and navigation semantics, Joomla is as useful as it was during its initial years.

Even though, Joomla! is in an “odd” position with “fewer” and “low traffic” websites, it does not mean it is down and out. Many still believe Joomla is good for creating small and medium business websites. Joomla! is still considered a good option for creating governmental websites. It might be tough for Joomla to compete with WordPress, but it can give a rough time to Drupal.

Drupal has a reputation for being a CMS with a very large learning curve. Joomla!, if it positions itself smartly, can tackle that as its management and development is way easier than Drupal.

Having said that there are some serious threats facing Joomla. The developers are required to look into and improve the coding functions, thus making them easy to use for the common Joomla user. The extension repository needs a complete overhaul. Meanwhile, the search engine optimization techniques need to be improved upon as well.

Joomla needs to focus on its development deadline. If there are any revisions to development plans, they should communicate it to the Joomla community. This way, people will stay informed about the latest Joomla! developments.

All in all, it would not be great for the Webdev community if Joomla dies a slow death. It is a great CMS with a very passionate development team and enthusiastic community. As we celebrate all things Joomla on this Joomla! Day, its weaknesses should also be considered and worked upon.

In the end, I invite everyone to the debate that I created here. The comments section awaits your opinion.

Plus, we have removed a lot of hassle for building Joomla! websites. On Cloudways, you can launch Joomla cloud servers in less than 7 minutes. Our VMAN optimization recipe makes Joomla websites up to 50% faster. Start your free trial with the banner below. 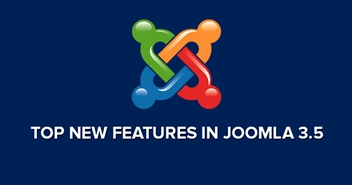 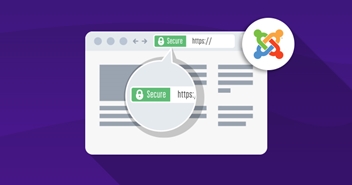 How to Install SSL on your Joomla Site 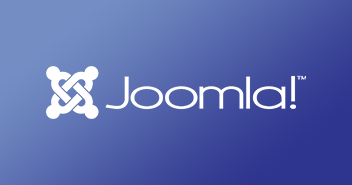 How to Install Joomla on Vultr Cloud