Woothemes is one of the most prominent WordPress agencies around. Woocommerce, now the most commonly used ecommerce platform, was also made by Woothemes. The ecommerce platform enabled Woothemes to garner immense successes in the world of online commerce, specially during the last two years, when the ecommerce business picked up. Only a few months ago, Woothemes was acquired by Automattic. The parent company took aboard all the employees and is now the force to reckon with in the world of WordPress.

Cloudways recently got a chance to talk with Andrew Wikel, who works as a WooCommerce Ninja under the banner of Woothemes. Andrew believes in constantly improving the Woo platform to make it better for the users. Andrew works hard to help people with their issues regarding the ecommerce platform, Woocommerce. Read on to find out the journey of a Woo Ninja from Woothemes to Automattic.

Cloudways: How does it feel to amend your title from WooCommerce Ninja at WooThemes to Automattic? What are the major changes and challenges that you faced with this new move?

Andrew: It feels really good. I am quite excited for what the future holds in this regard. It is really nice working for a company that is pushing WordPress forward to new levels (global domination, of course). There honestly hasn’t been too many challenges in the move, as the companies were very similar before the acquisition. The culture was similar, we work in similar ways, and it all revolves around WordPress, so the tools and such are similar.

Cloudways: You have worked for RU on different designations, mainly revolving around WordPress; and you have worked on the Web Design Experience with Gray Hat Design. Share your journey with our readers.

Andrew: I started working with WordPress in 2008, having being introduced to it by a friend. I was learning WordPress and Joomla! at that point, since they were the leaders in the CMS world. I chose to focus on WordPress exclusively, and that choice has paid off immensely for me. I’m not knocking other open source software by any stretch, I just love the community around WordPress.

I am almost completely self-taught, not having attended any courses on WordPress or web design. What training I received is mostly online or at WordCamps. I took my learning and applied them to my previous (and current) jobs, and helped improve their sites as I could. I was taking on freelance clients for a portion of that time, until starting at WooThemes last year in September. Gray Hat Design was just the name that I chose to do freelance under.

Cloudways: Setting goals for the future is a must for any professional. Being attached with the biggest name in the world of WordPress, would definitely entail planning out your future. What are your plans for the next five years?

Andrew: The next five years seems so long, when I have only been working with WordPress for 7 years, total. I would say that my goal is to be ever-improving. I really love taking technical jargon from developers and translating them for users, and communicating feedback to the developers. It’s really my passion to help users in any way possible.

Cloudways: WooCommerce is leading the ecommerce industry. It beats the significant ecommerce content management systems in use. What steps are taken by your team to make the platform stand out?

Andrew: First step is to help make sure that we are focusing on our users. If we have the greatest platform around, and no users, or users that do not know how to use it, then it’s the worst platform. Our users have to (and do) come first. Sometimes that means that the user doesn’t get exactly what they want (if it would actually be a detriment to their store, or others), but we are constantly thinking about ways to improve our users’ experience, as well as enable users to make money online. We are seeking to democratize e-commerce in the same way that WordPress seeks to democratize publishing.

Cloudways: All work and no play makes you dull and people should manage to find some time to enjoy. I travel to beaches or try any new eatery in my free time. What do you do in your free time? What are your hobbies?

Andrew: I love to travel, and my job has afforded me great opportunities in that regard. Having family all across the country also helps with that. When I am at home, I typically end up spending my time at the coffee roaster (I love coffee), watching movies with my wife (we enjoy comedies a lot), or gaming (mostly League of Legends).

Cloudways: WooCommerce is getting bigger each day. More people are now engaging on social platforms. Groups like Advanced WooCommerce on Facebook are moderated by members of the Woo Team. Do you think these communities and forums on Social Media are good enough to fulfill the needs and help the Woo community?

Andrew: I think the reason they are thriving and advancing so rapidly is that you have to make the community available where the users already are. A large percentage of our users are on Facebook already. It lends itself to this purpose very well, much more so than Twitter or similar. We do try to be active in those places, since the users are already there. I think that sometimes in these places, some advice other than best practices is shared, but overall, the majority of responses in groups like this are overwhelmingly great.

Another great advancement in the WooCommerce community is WooCommerce Meetups, like the one I lead in Chicago. There are an ever-growing number of them starting worldwide. You can check them out here.

Cloudways: Being focused on WooCommerce, did you ever face any security issue? What are the major steps suggested from your end to avoid brute force attacks and vulnerabilities?

Andrew: Security is one of the most important things that you face as a store owner. Your customers are entrusting you with a varying amount of personal info, and you implicitly guarantee that their confidence is not misplaced. For me, this is the number one item for a store owner to focus on, but unfortunately, most times it’s treated as an afterthought. One of the easiest ways to increase security is implementing a strict password policy (using a plugin or something) in WordPress so that your admins and shop managers are actually using secure passwords. This will help alleviate some concerns with brute forcing attempts. Brute forcing can also be tamed by using the Jetpack plugin, with the security module there.

Another plugin that really does it’s job well is iThemes Security. I would also highly recommend that you use an SSL certificate (soon to be freely available at Lets Encrypt) and encrypt your traffic on all pages where a customer inputs their info or is displayed info that is private (checkout, login, my account, mailing forms, etc.)

Cloudways: The WordPress community is full of influencers. There are so many inspiring stories. Who are the 5 most inspiring individuals for you? Tell us a little about them.

Andrew: Well this may come across as a move to gain points now that I work for him, but I have always looked up to Matt Mullenweg. Just the fact that he took software and set it on the path to take over almost 25% of the entire internet is noteworthy. The fact that he did it while so young is also a challenge to me as well. On that same note (youth), I present my next inspiring story: Nikhil Vimal. Nik impressed me immensely when we first met last year at WordCamp Chicago. I found out his age (15) and was shocked at the level of work he was doing in WordPress.

My next set is Mark Forrester and Magnus Jepson (founders of WooThemes) for bootstrapping the company with no external money into a product that owns about 1/3 of the entire e-commerce software market.

Pippin Williamson is another developer/businessman that I look up to greatly. The guy is a genius with code, but still supports his own users himself. He’s also a great speaker, all while maintaining a genuine humility that is awesome. I love hanging out with Pippin at WordCamps.

Cloudways: Cloudways provides Varnish enabled one-click WooCommerce installation. This results in drastic reduction of page-load times. With the integration of Amazon Web Services, DigitalOcean, and Google Compute Engine, there is a variety for any developer, designer, or agency to choose their hosting service from. What are your views about it?

Andrew: Speed is essential with any website, and e-commerce just magnifies that need. Users are frustrated (and Google penalizes) when a site loads slowly. Having a great host is a big part of the solution for your site speed. A host is essential for a solid foundation for you to build your store on. It’s what enables you (or prevents you from) taking your site to the next level. 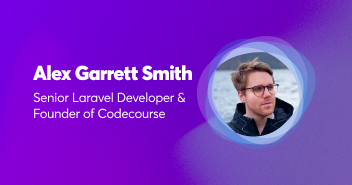 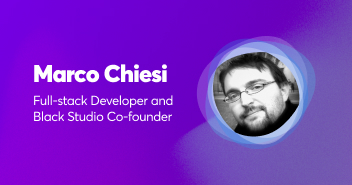 Marco Chiesi on His Journey with Codeable, Black Studio,...