Why Australian Government Prefers Drupal For Its Websites

There is no arguing how insecure the Internet is and almost at every instant, our data and personal information are prone to possible virtual attacks. The insecurity of data is not just limited to companies or mid-scale businesses, but even government organizations are equally vulnerable to cyber attacks. It must be noted that government websites hold sensitive information and their security compromise can lead to possible national threats.

However, show must go on, top secret information still goes on the Internet and majority of the governments around the world trust Drupal to keep their sensitive data secure. Much credits to Drupal’s complex coding standards, it has earned the title of most secure content management system (CMS) and is the go-to choice of every government body whenever there is a need to push data on the global network, while keeping it safe.

See: Why Drupal Should Power Your Next Web Project?

Drupal is an open-source CMS that is ideal for beginners as well as experienced professionals. It also has a vast community of experts who are always working to improve the CMS and its strongest feature, the security.

Similar to governments across the globe, the Government of Australia also prefers Drupal for its websites; mainly because of the CMS’ iron-clad security and other prominent features such as reliability, scalability, and flexibility.

Let us assess some distinctive features of Drupal to better understand why Australian government opted for Drupal to be the CMS behind its websites.But, before we begin, here are some fact checks:

Without a surprise, security is the major reason why governments prefer Drupal. The CMS’ security team consists of 40 security professionals and experts who are always on the watch for vulnerabilities and security glitches in the code. Another task of security team is to properly document all reported or found problems to better identify security risks in future.

Moreover, the CMS has active community of over a million developers, so every security issue and error gets fixed mostly on spot without much delay. However, there is a group of members in the community that analyzes code for errors in case a query isn’t solved on spot.

Moreover, when Drupal is installed for the first time, its password gets encrypted and salted. The procedure makes a password almost impossible to crack. Apart from all of these features, the CMS can be configured to encrypt the database.

Being an open source application, Drupal is free to use, download, and share. Drupal-based websites don’t require licensing and saves you from legal hassle. Moreover, it comes with thousands of free extensions and modules.

This is a key attraction for governments as they are mostly looking for budget-friendly options and the fact that Drupal-based websites can be customized for free, is a big plus for them. Additionally, the CMS receives timely updates and the governments feel secure with latest web applications.

Drupal is popular and reputable enough to be among the top three CMS. Drupal 7 was a huge success and the recently-launched Drupal 8 is already creating waves in the industry. All the versions of the app have been promised support for at least next five years.

Moreover, the app’s code can be tailored to attain more advanced and complex features; hence, helping Drupal emerge as a robust and one of the most compatible CMS. Additionally, a community of over a million people is there to help with all sorts of glitches; be it development, customization, or any other element.

Drupal is one of the most scalable web applications that can be customized using the aforementioned Drupal modules. These modules perfectly integrate and connect with the CMS core. The default structure of Drupal is designed to easily get along with modules.

Moreover, Drupal modules can be created from scratch. In other words, there are no worries if a module doesn’t already exist and the best part is that they can be edited as well.

To talk about Drupal core, the CMS is designed to handle traffic spike and constantly accommodate content. Collectively, Drupal is engineered to scale users, content and traffic, all at the same time.

Another key factor why governments opt for Drupal is because government websites all over the world such as National Institutes of Health, U.S Department of Education, etc use Drupal. Similarly in Australia, the government prefers Drupal for its websites such as NSW, Western Australia, Human Services, National Library of Australia, etc.

If you wish to try out the security, reliability and performance of Drupal, Cloudways offers managed Drupal cloud hosting that takes advantage of market leading IaaS providers. Sign up now and enjoy a secure and fast Drupal website hosting experience.

Tahha Ashraf is a Digital Content Producer at Cloudways, a Managed Cloud Hosting Platform. He loves talking about brands and writes content related to online marketing. He is fond of creativity and writes poetry in his free time. 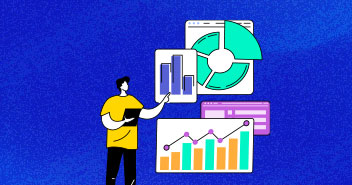 How To Add Google Analytics On Drupal 8 Using...