PHP 7 Hosting to Turbocharge Your Cloud Based Application 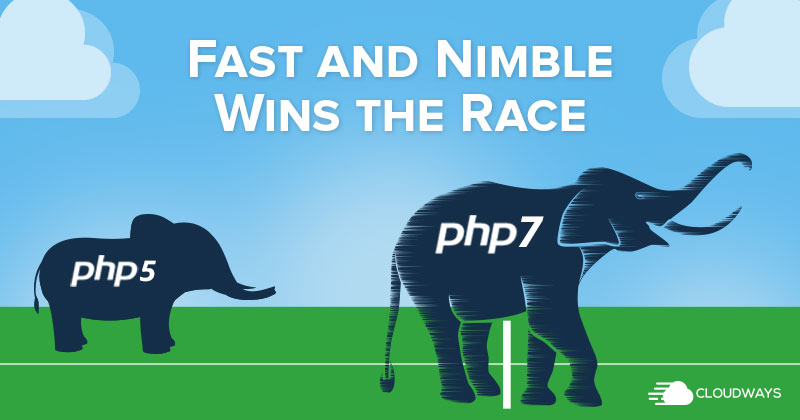 Consistent performance, optimal growth, and persistence—the three most important traits that drive Cloudways to success. We have always been at the forefront of listening to our customers and working on their feedback. Our customers are the most important asset and we cherish the feedback we receive from them. Yes, it takes us a bit of time to act on certain feedbacks, but that is the part and parcel of how work is done.

Recently, Cloudways successfully migrated its platform to the ultra-fast Debian 8 OS. After this development, we had our eyes set on introducing PHP 7 on our Cloud Platform. Yes, we have been a little late to the party; however, it was for the better of our customers. Ever since PHP 7 was introduced back in December 2015, our engineers had started testing the most used programming language for stability and functional optimization on the Platform. Work for implementing PHP 7 on one of the most stable Cloud Platform started soon after the announcement of PHP 7. Now, after months of repeated trials and errors, we are proud to announce that Cloudways has integrated the best PHP releases of all time: PHP 7.

PHP 7 is a branch of PHP that was originally named PHPng (PHP next generation). It aims to optimize PHP performance by reshaping the Zend Engine while retaining near-perfect language compatibility of the previous PHP versions. Some of the initial benchmarks showed an almost 100% increase in performance. The new version of PHP has some very new features that include:

These along with many other features which you can find here are also a part of PHP 7.

Soon after its release, engineers at Cloudways got down to working with PHP 7 before making live on the Platform. Applications were tested and benchmarks were created for all the applications. The results of the benchmarks were overwhelming to say the least. Some of the tested benchmarks are listed below:

WordPress 4.4.2 on PHP 7 (with cache activated) is giving a response time of 4ms with 250 concurrent visitors as compared to 1.2sec on PHP5.5. That is lightning fast!

Drupal 7 on PHP 7 (with caching) has a response time of 3ms with 250 concurrent visitors. That is an average hit rate of 125/second.

PHP Stack on Cloudways will benefit the most from PHP 7. It took a response time of 346ms on PHP 7.

Are any issues expected?

PHP 7 was the most awaited release of the PHP language. Developers had been working for a decade on making PHP 7 a viable product. Likewise, the engineers at Cloudways have worked hard to make sure that PHP 7 gets implemented inside the console only when it is completely tested and stable enough to be used.

PHP is one of the fastest programming languages to work with. Now, with the release of PHP7, it is also one of the best programming languages. Developers have made the right changes and tweaks to make sure that this release helps start a new era for PHP. PHP7 can easily be called the developer’s paradise as it is twice as fast as compared to PHP 5.6 and has a lot of new features and improvements from the previous versions.

Engineers at Cloudways have worked hard to make sure that the default installations of some of the most used applications on our managed cloud hosting platform performs well without any known issues. However, since PHP 7 is the biggest shift in the PHP technology since the language was upgraded to 5.3, issues are expected to pop up. If you find any known issues related to any of the applications, then feel free to let us know in the comments section below.

I Have a PHP Server on Cloudways. Should I Upgrade?

First thing first, do not play with your production (aka “live”) websites. Like any new version, PHP 7 comes with its share of compatibility requirements. While we have taken a lot of care that everything goes smoothly, one can never be sure enough. Therefore, create a testing PHP 7 server. It might cost a little extra, but it is better than having a broken website.

(If you are eager to test it on your current server, then download copies of your website before upgrading.)

So, if you are an existing user of Cloudways and want to upgrade your server to PHP 7, then make sure your core apps are compatible with this version. This Knowledge Base Entry informs you about all the supported versions of Core Apps for PHP 7 servers.

Once you have confirmed that your apps won’t break if they are deployed on PHP 7, then read this Knowledge Base Entry to know the proper way of doing an upgrade.

Although, downgrading to an earlier PHP version from PHP 7 is also available.

Why PHP 7 On Cloudways?

Working with all these improvements, developers would need time and effort. This is where Cloudways comes in. With Cloudways on your side, you can easily focus on developing viable products and taking less worries related to the server side. Cloudways keeps the problem that developers face in mind and provides them a swift way to manage PHP 7 on cloud. You can start developing great applications on PHP 7 within minutes of becoming a part of Cloudways Managed Cloud Hosting. So what are you waiting for? Launch your PHP 7 hosting server on our Managed Cloud Platform and test it out. We would love to hear the feedback from our users!

Taha Zafar is a Digital Content Producer at Cloudways. He is an engineer and likes to follow the latest trends in technology, with concentration on mobile technology and open source. Along with being a passionate content developer, Taha loves playing digital games like World of Warcraft and DOTA 2. 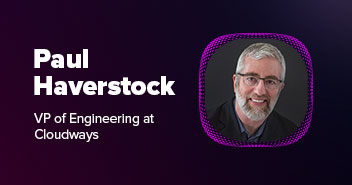 Sajjad Shahid Published on 20th May 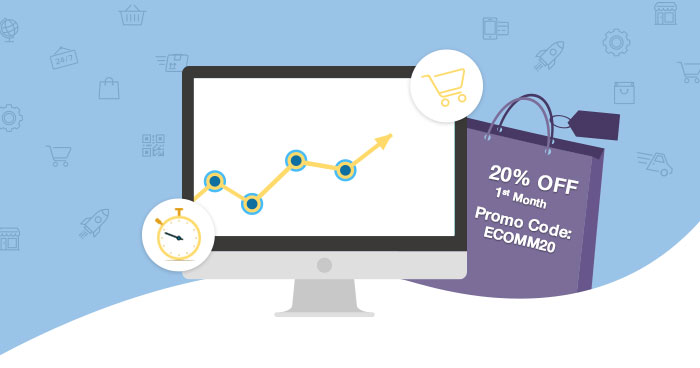 This Is the Best Time to Get Ecommerce Hosting... 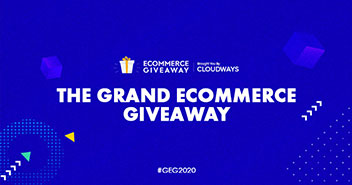 The Grand Ecommerce Giveaway Is Back – Now Worth...

Sajjad Shahid Published on 19th May