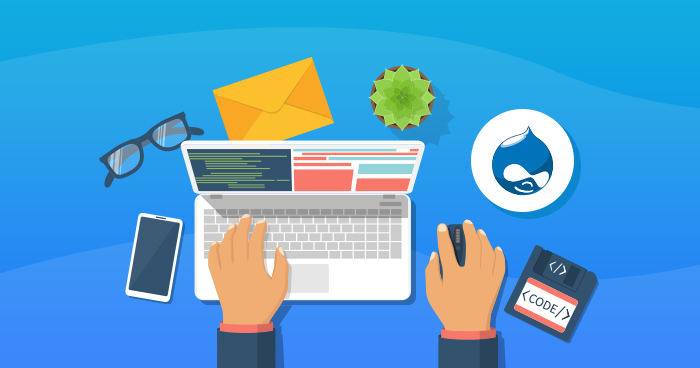 It has become a well-established fact by now that Drupal is one of the most flexible CMS out there. But where does this flexibility stem from, how is it really unleashed? The answer to that question is when you delve deep into its code and start to make customizations.

The fact that Drupal is one of the best and most clear in CMS web development. There’s truly no reason to be concerned. It could be a CMS heavyweight, but Drupal isn’t really difficult to learn.

Command Line interfaces have existed ever since the dawn of computers. One might think that they wouldn’t be so important now. But that is not the case. Coming to Drupal with prior knowledge of CLI helps make repetitive tasks easier. Especially since Drupal has a CLI tool of its own: Drush. Learning to use Drush and implementing it in your daily Drupal development practices makes a lot of tasks more efficient. For example: To clear Drupal’s cache, if one does it through GUI it takes 3-4 clicks, whereas if it is done through Drush, all it takes is just one command.

While it would be of utmost benefit to a Drupal developer to have knowledge about templating in general, one such engine Twig has become a very important asset in Drupal. That is because with Drupal 8 it moved to Symfony framework, making the knowledge of Twig a necessity in regards to the development of Drupal 8.

Knowledge of PHP and Its Framework

This point is pretty much a standard for anyone looking to get into Drupal development. PHP is the most widely used programming language in the world wide web and also the language upon which Drupal is built. While Drupal 7 was built upon a custom PHP framework, Drupal 8 is built on Symfony. This means that a Drupal developer should be familiar with PHP and be open to learning and adopting PHP frameworks (Symfony in case of Drupal 8).

Package Managers have made a lot of the work easy for developers of all types. In Drupal, it has made installation of external libraries and frameworks easier. One of the most famous right now is composer, through which you can easily install tools like Drush and efficiently manage dependencies.

While Drupal is considered as one of the most secure CMS, being an open source software it is no stranger to security threats. Although the security team over at Drupal works tirelessly to keep up with newer threats and push out patches and updates, it is ultimately up to the maintainer of a Drupal site to update their own site in order to keep it safe and secure.

Knowing beforehand what modules are used for the most common functionalities saves significant time for a developer. Some of the most popular Drupal modules that are usually installed on all Drupal sites are:

It is generally a good idea to have a basic knowledge of content management systems. However, when it comes to Drupal, it functions a bit differently from other CMSs. Knowing how Drupal works and the flow of things could prove to be a huge difference between a good Drupal developer and an average Drupal developer.

Theming is another important aspect of Drupal. While a site might function perfectly well, it would all go to waste if it doesn’t look good. It is vital for a Drupal developer to have knowledge of Drupal’s theming and how it works. More often than not customers require some kind of customizations to pre-built themes in order to tailor them to their needs.

Debugging is something that every developer should know and be comfortable with. It saves time by pointing you directly to the source of error, but it can also help avoid a lot of frustration.

Contributing to the Community

Like all open source projects, Drupal thrives because of its amazing community. Even though this point doesn’t only relate to developers, it is really important in the case of Drupal. So my advice to every Drupal developer out there is to start contributing to Drupal in any way you can, not only does this help Drupal, but also gets you more exposure in retrospect.

Drupal is different from an HTML site in that an individual developing a Drupal site makes plans and basic choices from menus instead of working specifically within the HTML, CSS, and JavaScript code. To an individual visiting your site, it’ll see or function as any other website.

Those were some of the points I think every Drupal developer should know. Got something to add to this? Let me know in the comment section below, I would love to hear your opinion.

How to Install Varnish on Drupal 7