Startup in Spotlight: LuggageHero – A Luggage Storage Facility for Backpackers 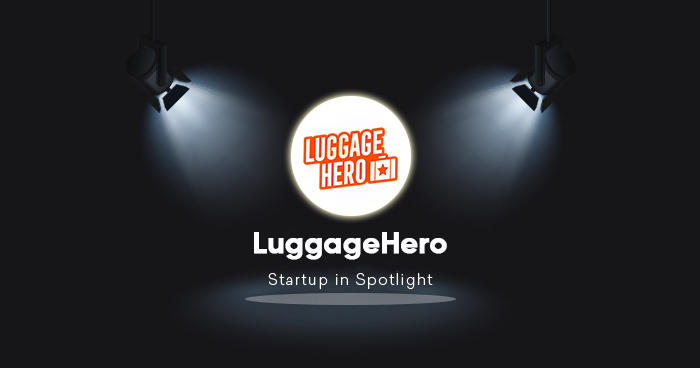 Entrepreneurs are blessed with visionary eyes. They can identify an existing gap and then work on to devise an efficient way to take things up from the ground and lead them to the glory of success. If you have a travel history, you would understand how frustrating lugging baggage around can be.

A young Danish entrepreneur initiates a venture that solves this traveler’s problem by providing a storage facility. Travelers can now secure their luggage at various shops (LuggageHero Shop) and pay for this service by the hour.

Jannik Lawetz, the founder of LuggageHero unveils how he managed to solve a common problem faced by many travelers – luggage storage. Today, the organization continues to make progress by leveraging the international fronts to its advantage.

Jannik began his entrepreneurial journey in Copenhagen and sold his first business when he was 14 years old. The idea behind LuggageHero originated from Jannik’s personal experience, which he had during a short holiday trip to Barcelona. On the last day of his trip, he experienced the inconvenience of being stranded outside of his Airbnb apartment at 9 a.m. in the morning with his luggage.

His flight was scheduled in the late afternoon, so he didn’t know where to keep his luggage. He then saw a local shop at the corner of the street and managed to convince the owner of the shop to store his suitcases for the day.

This particular experience turned out to be his first encounter with a solution to the problem many people encounter during their travels, and the ideation process behind LuggageHero began.

He launched LuggageHere in Copenhagen, Denmark, where the concept quickly took off. An investor,, Kristian Loekkegaard reached out to Jannik after reading a newspaper article about this idea. Kristian initially showed interest in becoming an investor, however, he became part of the LuggageHero team as the Chief Technology Officer.

LuggageHero now has a team of 16 individuals who are responsible to handle routine business operations in Copenhagen. They’ve been able to expand to more than 100,000 locations around the world.

Just like any other startup, LuggageHero had its fair share of struggles. These hardships pertain to being bootstrapped, making personal compromises, and perseverance for the initial six months without any return on investment.

In 2017, LuggageHero found investors; NordiEye and Kristian – and that proved to be the turning point as the organization managed to experience growth for the first time.

The company has also accumulated an additional fund of $1.45 million in a recent round of crowdsourcing, thereby fueling its success. LuggageHero began to win funds within 24 hours of opening up in Seedrs – a popular crowdfunding platform.

Jannik, the founder of the startup, also shared his two cents about the software that has become an integral part of the organization’s workflow.

Perdoo – Setting the Objectives and Key Results (OKRs) to ensure the strategic alignment of employees and departments, helping the company is moving in the same direction.

Slack – Slack helps us communicate faster and improve collaboration, share ideas, use chat rooms where employees from each department can communicate together. It’s great for sending large files without reducing quality.

Monday – For task management for bigger projects that require collaboration and communication across various teams.

GitHub – a repository hosting service that has a Web-based graphical interface with access control and several collaboration features.

Your List is on it’s Way to Your Inbox.

The Key to LuggageHero’s Success

There are a few factors that have led LuggageHero to the path of success. For instance, the startup’s initial ecosystem plays an integral role in defining its niche and future. Jannik explains the impact a local ecosystem makes on the startup’s product/service. The local ecosystem comprises of the local pop culture like football clubs, music, food places, and local celebrity endorsement. This greatly boosts the startup reach and visibility during its initial marketing phase.

The initial reactions of the audience and the feedback from the target audience greatly improves the product. Jannik then elaborates on mindset, attitude, and habits that helped him persevere and sustain LuggageHero as a business.

He believes it’s important to “stop talking and start doing something”. This relates to every time ‘wantrepreneurs’ resort to excuses. Often, the excuse pertains to external factors such as having kids, moving houses, or that they are getting married.

These types of excuses stem from an entrepreneur’s risk aversive mindset that perhaps it’s not the right time to start a business and so it’s okay to settle for jobs that she/he doesn’t like. Jannik’s advice to such entrepreneurs is to ‘cut the bullshit. Go out and just do it. Take that step. It will always be scary and risky.’

“If you have the product and you have proved the concept, now you need to prove the business, you have to show that you can get outside and prove it.” I would say that this rule applies whether you launch your startup in 2020, 2023 or 2035.

In less than four years, since its inception, LuggageHero has now reached constant growth and social traction. The numbers speak volumes of the organization’s success.

In 2019, LuggageHero managed to raise $2.25 million in funding and expanded its operations to more than 35 major cities in Europe and North America. They also acquired Knock Knock City, a competitor based in New York City in 2019.

Tips from Jannik for Startups

Jannik Lawetz, the founder of LuggageHero

Arsalan, a Digital Marketer by profession, works as a Startups and Digital Agencies Community Manager at Cloudways. He loves all things entrepreneurial and wakes up every day with the desire to enable the dreams of aspiring entrepreneurs through his work! 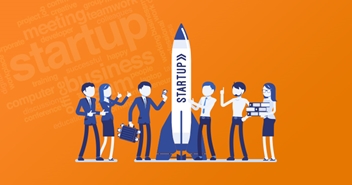 70 Best Startups You Need to Watch Out for... 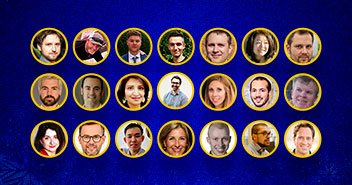 20+ Startup Founders on How to Make the Most...