Fintech startup Checkbox is the focus of attention for several startup owners and investors in Australia.

The fintech industry, which aims to apply digital innovations to existing financial modes of operations in order to improve the quality of financial services, is growing immensely in popularity thanks to the efforts of several startup incubators down under.

Checkbox, the brainchild of CEO Evan Wong, is a standout venture that digitizes complex regulations into automated cloud software without requiring developer coding.

In this post, we highlight the success story of Evan Wong and his Checkbox startup.

Evan Wong has more than a decade’s experience of managing startups in multiple sectors. Aside from being the CEO of Checkbox, Evan is also the founder and managing director of Hero Education, a tuition firm that builds and maintains tutor networks for students. He has also held leadership positions in other ventures, in addition to serving as a consultant for Social Impact Hub.

“I love doing startups because the work is very challenging, diverse, and rewarding. It is amazing to be able to create something new and find other people as well who want to join you on your journey and vision to deliver value to customers and solve big, hairy problems for the world”. said Evan Wong

Watch this video of Evan Wong explaining Checkbox on his CNBC appearance:

This conversion provides several cost-savings for businesses, in addition to opening up new revenue streams through monetization opportunities.

For this reason, Checkbox has received critical acclaim and won several prestigious awards.

“Checkbox has won a series of accolades both in Australia and globally, including RegTech of the Year at the Australian Fintech Awards, the Westpac Innovation Challenge, the Next Money Fintech Finals, and StartCon’s Pitch competition which has Checkbox representing Australia at the Startup World Cup in San Francisco in May this year.” Evan Wong added.

Secret to Building The Right Team

Being a startup operating in the fintech industry, hiring the right talent is crucial. It is not only important to utilize the right technologies, but also in developing a culture that is rooted in innovation and client satisfaction.

When asked about the secret to building teams, Evan replied:

“Finding a technical co-founder was the most important decision when it came to building the team.”

Such a decision helped align technical and business goals and ensured teams were able to perform efficiently without any conflicts.

First Idea That Got Rejected

Not everything flows perfectly from the onset. Entrepreneurs need to climb up several ladders to refine their thought processes and discover their breakthrough ideas.

Evan’s story with fintech startup Checkbox is no different. Before coming up with the idea of turning regulations into software, Evan pursued the idea of updating employment compliance regulations for small businesses, only to find that it didn’t have a revenue model.

“My first idea was Comployment – a real-time checklist for small business employment compliance that would update from API feeds from government websites, as well as business data from bookkeeping software.

During the customer development phase, I discovered that small business owners resonated with the problem but were not willing to spend any money on managing or mitigating risk. There was no revenue model behind the idea so I pivoted.”

In other words, successful startup ideas aren’t borne out of anything. Rather, they are the building blocks for existing ideas.

Mistakes Every Startup Owner Should Avoid

Checkbox’s phenomenal success in the fintech industry is evident of the uniqueness of the idea along with its strong execution.

When asked about the most common entrepreneurial mistakes, Evan responded:

Evan’s successful career as fintech startup Checkbox CEO and founder of several other ventures is an extraordinary feat. His success story offers plenty of inspiration for potential business owners.

Evan had this piece of advice for startups:

“Learning is key. I’ve come to realise that successful founders are not the ones that necessarily come from a particular background or know particular networks.”

They are ones who are really good at learning because each day in a startup is constantly different and challenging. Learn by keeping an open mind, reflecting often enough, and speaking with enough people, especially other founders and your customers”.

Subhan Alam is a Digital Marketing Enthusiast at Cloudways, a Managed Cloud Hosting Platform. He works on different regions and is passionate about implementing new approaches in Digital Marketing. He likes to stay fit and meditates daily. 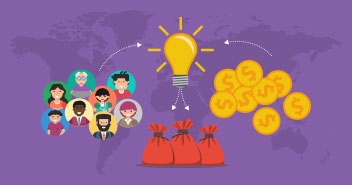 How to Get Startup Funding For Kick-starting Your Business 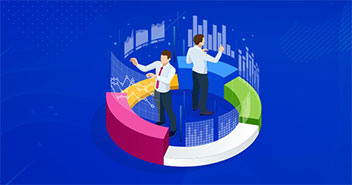