Do Australian Startups Deserve A Spot In Silicon Valley?

Every startup founder dreams of his startup being headquartered in Silicon Valley. However, it is important to understand the positive and negative aspects of moving to the American technology hub.

Obviously, no one can deny the number of opportunities and resources available in the Silicon Valley. With huge numbers of venture capitalists and investors with deep pockets , Silicon valley is undoubtedly one of the best markets to accelerate a startup. However, these days, this is also true for launching a startup within Australia, especially because of the very visible growth of the Australian startup ecosystem.

There are conflicting opinions regarding the suitability of the local startup environment in Australia. Thus, the startups and their backers are unclear whether they ought to move their startup to Silicon Valley or base it locally.

According to Dan Siepen, Co-founder & Head of Partnerships at Coder Academy:

“The Startup ecosystem in Australia has never been in a better state. When personally entering the ecosystem in later 2013, the community & number of startups in Silicon Valley of Australia were at a decent number, however, since being involved in the startup community for the past 4 years,  the ecosystem has experienced huge growth across the country. Just to show the evidence, in a recent Global Startup Ecosystem Report by Startup Genome, Sydney being the “capital” for tech startups in Australia, Sydney ranks in the top 10 for funding, top 12 for talent & top 20 for events. Many cities globally don’t have all 3 key aspects of what makes a successful startup ecosystem. In addition, whilst it’s important for startups to think and go for global scale, the Australian market is a great “test” market for many businesses. Airtasker is a great example where they have quickly grown and dominated the “gig” economy in Australia, and recently raised $33 million to help launch in the UK market. Hence, I see many startups starting here in Australia following suite.”

Here are some aspects of why Aussie startups should focus on growing in their hometown rather than moving on to Silicon Valley (and face increased costs). My opinion is that Silicon Valley is just the other side of the pasture. It looks very green but is filled with challenges and obstacles.

Opportunities for startups in Australia

While Silicon Valley take much of the limelight for the technology buzz, the land of kangaroos has a decent bit to offer off late.

The current Australian startup culture is ten times better than it was in 2011, and the Australian government’s Incubator Support Program, has already allocated $23 million to startup funding.

In the second quarter of this year alone, more than 100 Australian startups raised over $625 million in seed funding. While that amount compares poorly to Silicon Valley, it is still impressive by Australia’s own standards and past records. Part of this boom has been fueled by, generous tax incentives offered by Australian government resulting in more Australian entrepreneurs pursuing their startups at home.

Interestingly, some of the factors that are often deemed as negative for Australia’s business environment seem to be propelling the startup scene within the country. For example, with a population of just over 24 million people, Australia is often labelled as a geographically isolated country with fewer opportunities for growth and expansion for local businesses. This in turn, boosts up the morale of local startups who can treat the rather closed economy as a safe haven (nest if you will!) to grow their roots and then expand their operations globally when the opportunity presents itself.

Melbourne was voted as the most livable city in 2017, for the seventh time in a row! Other cities like Sydney also rank pretty high in livability standards. Australia’s developed economy and quality of life continues to attract talent and business from across the world and despite being at a geographic disadvantage, the country has excellent business and startup-friendly policies.

The Cost of Launching a Startup in Silicon Valley

Moving a startup to the Silicon Valley may seem desirable and simple, but the cost will leave many startup owners gasping! Running a startup in San Francisco is costlier than many other major cities around the world including London and Paris.

Operational costs for your startup in Silicon Valley could quickly mount burning through your cash reserves and weighing down your profit and loss statement. Every business process including planning, hiring, marketing, etc will automatically cost more more than in Australia Silicon Valley has top notch resources but completing the picture is the fact that they also come with heavy price tags!

Startups usually settle for physical space in a co-work setting which can cost significantly more in San Francisco as compared to Sydney, the financial capital of Australia. Legal policies and business regulations are another reason why operating from the Silicon Valley could impose extra barriers on startups that are not native to the Silicon Valley.

Australian startups can rake in heavy investments with ease and yes, the advantage is local angel investors and government startup funds who prefer Aussie startups to help grow Australian startup ecosystem. This means that while there is less investment capital in Australia as compared to Silicon Valley, the bulk of the funds is aimed at startups (a great proposition for startups). The same is true in Silicon Valley by the way. American investors usually prefer funding American startups more than foreign startups including those from Australia.

A grave concern for a number of startups in Silicon Valley is the rampant competition, not only from other businesses of the same scale, but also from larger established organizations which can make it tough for the startups to deploy roots and take off.

In Australia, the lower competition allows for more breathing space and time for a startup to establish itself and build a strong client base.

Success of Startups in Australia

I think I have made a successful case of why Aussie startups should strengthen their roots in Australia and NOT move to Silicon Valley. Now I would like to introduce several successful Australian startups funded from within the country.

Canva, currently one of the world’s most popular graphic designing app is from Australia. So is 99Designs, another renowned graphic designing platform with a use base in millions. Freelancer.com is another Australia-based platform for freelancers that generates millions in revenues.

All of the above mentioned startups are on the verge of becoming global giants in their respective domains, and they haven’t moved to Silicon Valley because of the advantages they see in their homeland.

Despite the arguments that I have made above, I admit it’s hard to NOT notice all the glittering advantages of the Silicon Valley.

The decision to move a startup across continents is hard simply because of the large number of variables, contingencies and complex dependencies. The decision will definitely include various factors including growth of a startup, its target market and whether the startup is poised to go global.

However, I am confident that the decision to stay within Australia is a practical given the government support, lower competition which helps cushion the limited funds, desirable living standards and inexpensive yet quality startup resources.

Tahha Ashraf is a Digital Content Producer at Cloudways, a Managed Cloud Hosting Platform. He loves talking about brands and writes content related to online marketing. He is fond of creativity and writes poetry in his free time. 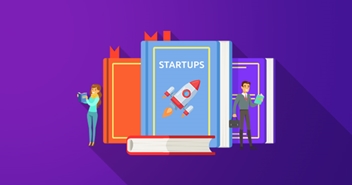 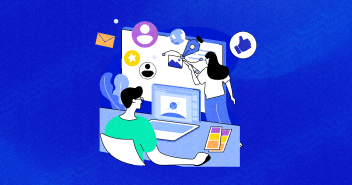 Ultimate Guide: Using the Magic of Color to Influence...