How to Install NPM Based Projects on Cloudways

We, at Cloudways, constantly try to add more features to our growing number of services. As such, we are enabling NodeJS as a service. Users now have access to the Node Package Manager (NPM).

Before proceeding further, we think it is important that the readers understand some common terms:

NodeJS is a server-side JS environment for web apps. For those who want to start writing server-side code using JS instead of PHP, Python, and Ruby, this is great news.

NPM is the dependency management tool that comes with NodeJS. NPM is to NodeJS what pip is to Python or ruby-gems is to Ruby. It makes it easy to download and manage NodeJS modules, removing a lot of hassle for the users.

Bower is another dependency management tool used to manage front-end (HTML/JS/CSS) packages/dependencies. It could be downloaded through NPM.

Grunt is a JS task runner tool used for, among other things, linting, unit testing, and compiling JS.

AngularJS is an MVC framework for the frontend (HTML/JS).  AngularJS extends HTML tag attributes with Directives. The best description of Angular JS is given on its website that says that Angular is “what HTML would have been, had it been designed for building web-apps”.

Note that AngularJS has nothing to do with NodeJS. One could make a fully functioning web app using AngularJS and PHP/Python/Ruby on the server-side.

So let’s get started.

Go ahead and launch a Cloudways server with a simple PHP stack application. SSH into the server with the master credentials and cd into the project’s public_html directory.

Run the following commands to verify that NodeJS and NPM are indeed installed.

Now, let’s build a basic posts app, where anyone can come and write a post. The posts will not be saved anywhere because the app will focus on the frontend exclusively.

This app is created in AngularJS and this is the controller for the app. Using the angular module, we create an app, from which we create a controller ( that is a class as well). Please note that I have declared one function and one variable (var pc = this; this is the handle which is used to access the class itself.).

These functions and variables could be directly called from the HTML code:

The basic app is now complete. Let us test it out.

At this point, I will initialize NPM and NodeJS in the project’s directory.

Make sure you are in the <app_name>/public_html and run the following:

The idea is that anyone who runs the project could simply get things going by running:

This will install all of the dependencies listed in the package.json file.

At this point, you will have access to the bower binary inside the node_modules directory. Run the following commands.

As with npm, the “bower.json” file will be used by others to automatically install dependencies from your project using:

Add the following lines inside the head tags in index.html:

Reload the page, and add a few posts. The changes should be evident (newly added posts will flash for a couple of seconds, and the submit button will be blue). This was not impressive, but the point was to show how easy it is to install and manage dependencies using bower and NPM. For a big project, NPM and bower are invaluable.

Launch a new PHP Cloudways app and clone your project into your <app_name>/public_html using either the SFTP access or via the Git Deployment feature that Cloudways offers.

Finally, cd into your project’s public_html directory and just run,

If your project has a package.json file, all dependencies will be automatically installed. If the project also has a bower.json file,  then additionally, run the following command to see if the bower was installed through NPM.

If it was, go ahead and install bower dependencies.

Finally, you may need to recheck your includes and confirm the paths to the dependencies.

Q: Should I install NPM for every single project?

A: You don’t have to do “npm install” every time you want to compile. You only need to do this when changing your project’s dependencies. NPM is essentially a node package manager. Installing different packages and resolving their different dependencies helps.

Q: Why is NPM installation not working?

A: The problem may be with installing the package in your global npm. While all things work just fine with running a local project with its dependencies, there may be a problem with global package installation that might not be installed or that terminal bash command can’t access the installed package.

Q: How to fix the NPM installation error?

A: Some strange issues can be resolved by simply running npm cache clean and trying again. If you are having trouble with npm install, use the -verbose option to see more details.

Q: What is the full form of NPM?

A: Npm, short for Node Package Manager, is two things: first of all, it is an open-source repository. Js projects; second, it is a command-line utility to interact with the repository that supports package installation, version management, and dependency administration.

If you need to add to the discussion or have a question, please leave a comment below.

Fahad Saleh is a DevOps Engineer at Cloudways 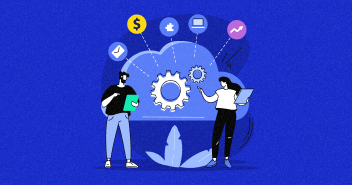 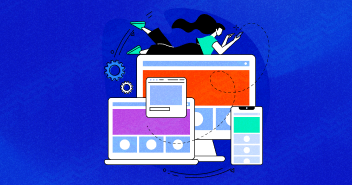 A 17-Step Guide to Building a Website Redesign Project... 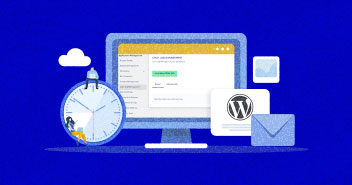 WordPress Cron Jobs: What Are They and How to...