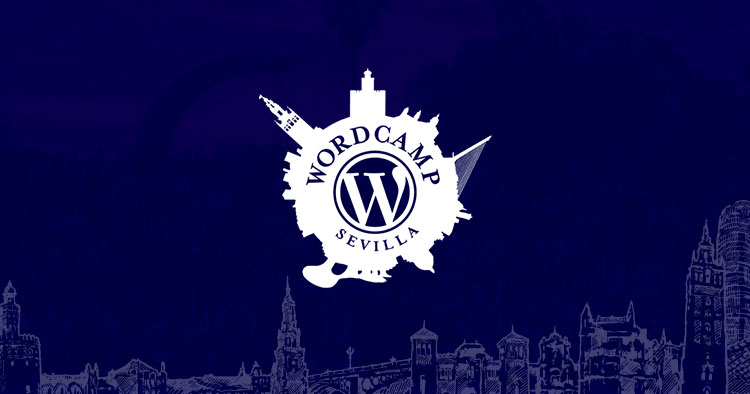 As of last Saturday 11 December 2021, it had been exactly 643 days since the last in-person WordCamp.

WordCamps are conferences organized by the WordPress community.

There are WordCamps in all continents, bringing together members of the WordPress community. It’s a wonderful way to see the world, as well as learning heaps, forging life-long friendships, and establishing powerful collaborations.

I am the living proof of that: I can safely say that attending WordCamps as a speaker has profoundly transformed my life. That’s where I met Cloudways representatives in person for the first time, in fact! And the rest, as they say, is history…

However, the world as we all knew it came to an abrupt stop in March 2020.

Amongst many other not-so-pleasant things, it also meant that for the past 643 long days, we’d been deprived of the opportunity to meet and talk in real life about how we can get even better at building the web (given that WordPress powers over 40% of it these days).

Then, WordCamp Sevilla 2021 was announced.

As soon as I heard, I knew I had to be there.

Cloudways are great champions of the WordPress community, so they took the opportunity to be a sponsor, and I grabbed the chance to go as your favorite Cloudways Maverick representative.

I can tell you: I’m so glad I did. We had a blast. Here’s my blow-by-blow account of one of my favorite weekends this year. The stakes were high, firstly because of the long hiatus, and secondly because Andalusian WordCamps are famous for being particularly hospitable. I’m happy to report that this one more than lived up to the hype.

As soon as I arrived in Sevilla, I joined the others at the venue for the event.

Oh to be in a room with actual human people!

Even though I wasn’t registered as a volunteer, I chipped in to help prepare the swag tables and bags. Yes! Actual swag! Oh, how we’d missed our swag!

All that packing got us in the mood for food, and we really wanted to sit down and have a proper chinwag at last. It had been so long! So much to catch up on! On we went to the first official event in an action-packed weekend: the speakers and sponsors dinner. It was so moving to finally meet and greet all those friends that I hadn’t seen for so long, and find out what on earth they’d been up to all this time. I was very lucky to be sitting next to the wonderful people from Mowomo, who almost persuaded me to move to Chiclana, a city on the Oceanic coast of Andalucia, which does indeed sound like paradise – I am still thinking about it.

On Saturday morning the sun was shining. Not unusual in these parts, even in December – but still, a good omen that set us up in the right frame of mind.

Two years may not seem like such a long time: but I can tell you, it was quite something to find ourselves again in a busy conference hall. This conference was small and intimate in comparison to the usual size of the average WordCamp, but still: human people. In an actual room. Not pixels: flesh and blood. Mask-wearing and careful with distances, for sure, but still: real, actual human beings. The Spanish community, together again.

And that was the focus of the whole event, in fact: the community.

The first talk by two of the organizers, Rafa Poveda and Nilo Vélez, was a trip down memory lane, retracing the steps of the Spanish community from the very beginning. Which were in Sevilla itself, in fact, while the last one was just down the road, in the other Andalusian city of Malaga, where in March 2020 the last WordCamp in the world was held – before the prolonged pause, forced by the pandemic.

Then Nilo Velez and Miguel Angel Terrón took to the stage, showing us the role that WordPress played in their working timelines, and how crucial it was for their career as well as friendship; up until the present day, when the two of them, together with a few more of their fellow organizers, work in leadership roles for the same company. A company, Boluda.com, that offers affordable and high-quality WordPress training online: so the circle closes again. And we’re back to the community.

Their story could be the story of so many of us in the community. I could build a very similar timeline, crossing my path and story with that of my Maverick colleagues here at Cloudways, and with so many of the staff.

Nilo and Miguel Angel carried on, telling us what the future holds for WordPress people in Spain in 2022. Here, as in most other countries, local in-person meetups are the glue that holds us together. So in many places we have come apart, a little bit. The plan for 2022 is to get us together again and start rebuilding – together with an educational plan to get schools and universities involved and aware of what can be done with WordPress.

And the real-life rebuild will be much easier, thanks to the efforts of all those people that made sure the community still had places to meet online while the pandemic raged outside. Many members took the stage, telling their story and how they helped their fellow humans out. A few of the tales:

– Teresa Sáez y Vicent Sanchis, descended to Seville from Valencia like me, and told us about “Cafelito”, a daily informal online workspace that helped many keep their sanity, as well as find collaborations and technical support. One side-effect of Cafelito was that the tech solutions they experimented with and settled on, can now be used for Meetups and WordCamps – as is the case with the WordPress meetup in Valencia, where we live.

– Roberto Miralles, Mercedes Romero and Victor Saenz from Mowomo set up an online shopping space to make sure that the retailers in their city were able to retain some of their business, and keep serving their local community. They also created a 40-day online bootcamp to teach people how to build a site and be online, which was nothing short of staggering!

– Jose Luis Losada and Wajari Velásquez set up WordCamp Galicia online, while Pablo Moratinos and Adrián Cobo set up WordCamp España online – the latter being one of the best online conferences I’ve ever attended.

The final talk was sent to us directly from the headquarters of Automattic. Rocío Valdivia, head of the WordPress Global Community Team, took to the stage to talk about what the future holds for WordPress. And the answer is: it’s in our hands. We, the WordPress community, are what the project needs to carry on. So we decide. This was a lovely sentiment that filled us all with a warm and fuzzy feeling. Whether that’s effectively true or not when it comes to executive decisions, it was exactly what the room wanted to hear.

The loveliest bit of Rocío’s talk was when she publicly thanked a few members of the Spanish community who have been tireless contributors to the core project almost since its very beginning: notably, Fernando Tellado, the undisputed expert on all things WordPress in the Iberian peninsula, as well as a generous mentor and educator. The standing ovation that followed Rocio’s public display of gratitude to Fernando is a testament to how deserved the mention was. There’s a Fernando, or more than one, even, in every country. Who is your favorite WordPress mentor and champion? Who would you thank if this had happened in your country?

Rocío was followed by Luís Herranz and Hector Prieto, who demonstrated the beautiful 2022 default WordPress theme, as well as what full site editing will mean once WordPress 5.9 will ship in January.

It’s looking great in fact – even for a Gutenberg skeptic like me. I am still keeping my head firmly in the sand with Gutenberg, but I think the time might have finally come to extract my head from its sandy hole and embrace the present instead of living in the past with the Classic Editor. Gutenberg keeps improving, and if you’re attached to your favorite page builder, don’t worry: page builders still have their place and they won’t go anywhere, not for a long while anyway.

This was the last official talk of the day. We broke ranks at this point, and joined some guided networking activities that provided a great opportunity to meet other people – remember, focus on the community! – as well as learn about new plugins, tools, techniques, strategies to keep people engaged online, and the perfect gazpacho recipe – did you know that it comes from Andalucía?

This was Saturday, and it was pretty much a perfect day – including the wonderful lunch in the yard of the venue, soaking up the rays of the December sun.

The next day we all met in the centre of Sevilla, where the best surprise was waiting for us: an open-top tourist bus, all to ourselves. Including the two guides, Verónica Couso and Fátima Rincón, who accompanied the sightseeing with an endless stream of historical anecdotes that made the monuments come to life.

So when we got off the bus, you’d think it was finally over and we’d say goodbye. Well, no. There was more! I told you, didn’t I, that the Andalucian WordCamps are pretty special? The organisers had set up a tour of their breath-takingly beautiful city on foot, complete with a treasure hunt. 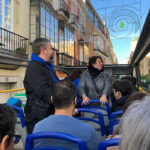 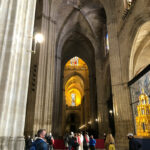 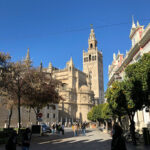 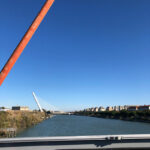 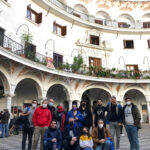 The sun finally set on one of the best weekends of 2021, and we said our goodbyes. It was clear that Sevilla had done it again: they re-invented themselves and gave us the WordCamp we all needed – borrowing the words of my friend Pablo Moratino.

So historical was it, in fact, that Matt Mullenweg the man himself mentioned us on Tuesday in State of the Word 2021: the annual keynote speech about all things WordPress.

Yes, I’m in the photo, too – although we were all wearing masks as well as blue beanies so you’d have a hard time spotting me amongst all the other highway robbers in the crowd.

Piccia has been a practicing designer for over two decades, working with global brands and cultural institutions. She runs her own global UX and design consultancy agency, Design for Geeks, and offers workshops and courses. She is also known for her talks at international conferences like WordCamps. 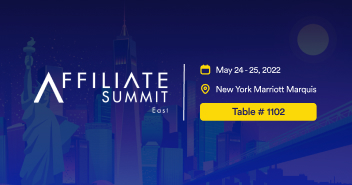 Don’t Miss Out on Cloudways at Affiliate Summit East...

Usman Dar Published on 17th May 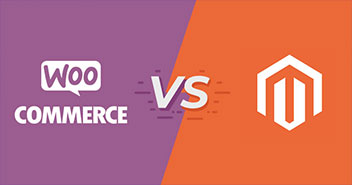 Sharjeel Ashraf Published on 17th May 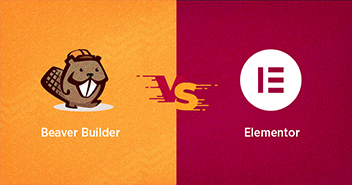 Sarim Javaid Published on 17th May