Rob Allen in a Candid Interview with Cloudways

Rob is the author of Zend Framework in Action and founder of Nineteen Feet where he provides consultancy on PHP and Zend Framework. He has vast experience in the field of PHP and in his interview with Cloudways he talks about his career, PHP 7 and what similar functionality of other language PHP can add in it.

Cloudways: Rob, who was your inspiration to start your career as a software developer. What was your first project and job?

Rob: My first job out of university was a C++ developer for a small mobile radio consultancy. I wrote Windows software to control radio testing hardware and display reports of the data collected. I didn’t get into PHP until 1999 when I wrote a website for the online gaming guild that I was a member of.

Rob: I’ve never really cared about the competition between the web-scripting languages, so I don’t really have a view on how PHP 7 competes with Ruby or Node JS.

I’m a fan of PHP 7 though as it’s a great upgrade to PHP 5. It’s so much faster that you have to look at the benchmarks to actually believe it. The most exciting features are scalar type hints and return types which provide more type safety in our applications and hopefully will reduce the number of those hard-to-debug edge cases. I’m also happy to see the introduction of Uniform Variable Syntax which makes the language more predictable which is always good! Along the same lines, Throwables allow us to catch errors in a similar way to exceptions which is handy. Finally, my favourite convenience feature has to be the null coalesce operator (??) which we’ve been waiting for ever since the ternary operator (?:) was introduced.

Cloudways: What are the features you think PHP should add in it to make it more compatible with other languages?

Rob: PHP has a long history of taking inspiration from other languages and I have no doubt that this will continue. There are some very bright people on PHP internals team and I’m sure things that I could never think of will be adopted. Personally, I would like to see something like Swift’s guard statement come to PHP one day though.

Cloudways: You wrote the well performing Zend Framework in Action. What made you write the book? It was a well performing book, so are you thinking of writing an other version for this book?

Rob: Following my Zend Framework tutorial I was approached by a friend in the community and asked if I’d be interested in writing a ZF book for them. I agreed that there was a need for a book on ZF, so I wrote one with a couple of co-authors. It was a lot of work and I’m not sure if I would write another one yet.

Cloudways: Rob, what made you choose PHP over C++? What PHP framework would you prefer the most?

Rob: I think PHP’s dynamic nature makes it very very good for writing websites and it makes a lot of sense to write web sites in it. My personal preference is to use Composer to create my web applications from a number of components, starting with a smaller core framework. At the moment, I’m a fan of the Slim and Expressive frameworks which are both PSR-7 based and are excellent foundations for a modern PHP application.

Cloudways: What advice would you give to the students who are thinking of starting their career as a developer? From where should they start?

Rob: To really succeed in software development, you have to like solving problems and have a lot of patience. If that’s not you, then you’ll struggle. Get involved with your community. The PHP community is very large and there’s a place for you somewhere and you will learn much by contributing back. From a practical point of view, get in the habit of writing tests for your code from the very start of your development career – you’ll thank yourself in the future!

Cloudways: You write a lot about SWIFT on your blog. Have you developed any app on iOS and published it on store?

Rob: My interest in Swift is on Linux rather than iOS/Mac at the moment. (Though I do have an Objective-C based app in the Mac App Store!)  I think languages like Swift, Rust and Go are very appealing for writing apps that sit at the other end of a Beanstalk or Gearman queue. Of the three, Swift is appeals to me the most, so that’s the one I’ve been playing with. Writing in a statically-typed, compiled language is different from writing in PHP, so I’m learning a lot too!

Cloudways: What language do you think is best language to create a Rest Api for your mobile application?

Rob: I think that it depends on the skills of the team, the requirements for the API and what other applications are within the company. If the team is skilled in PHP and the front end is also written in PHP, then writing the API in PHP makes a lot of sense. If the front end is an Android application, then using Java would make sense.
All the “big” languages have good HTTP connectivity nowadays, so pick the one that makes most sense for the problem you’re trying to solve with the team you have.

Cloudways: Do you think it is a good option to run your Rest Api’s on cloud to make it run more faster?

Rob: I don’t know that running it on cloud would make it faster. Using cloud-based hosting can make scaling easier assuming your devops team is up to it though, so it’s definitely worth considering. It may be more expensive than a VPS though for a smaller scale system, so as always, there are pros-and-cons to these types of decisions.

Cloudways: Hosting a PHP stack on cloud has a lot of advantages over a shared provider. What are your views about it? Don’t you think it is about time that the communities using shared hosting are educated about the advantages of PHP hosting on Cloud?

Rob: Shared hosting is very economical for lots of businesses with low traffic requirements.However, traditionally, shared hosting has trailed behind the industry in terms of software support for the latest versions of PHP and it’s impossible to do more advanced things with them such as running ElasticSearch or Beanstalk. It also doesn’t work for high traffic websites either!

A lot of PHP applications don’t fit the shared hosting model and for those, I think that’s cloud-based hosting should be carefully considered as an option.

Cloudways: Speaking of Cloud hosting, we at Cloudways are providing one click installation for PHP stack and different PHP frameworks. I would like you to check it yourself and share your opinion about the platform. What we can do to further to improve the outlook and performance of the platform?

Rob: I think that there is a market need for managed cloud hosting solutions for clients that don’t have in-house resources. I have no experience with any providers in this space though. 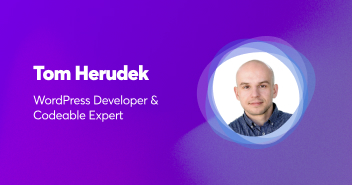 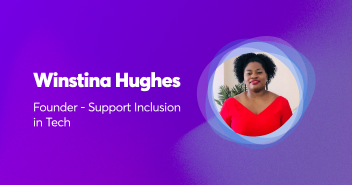 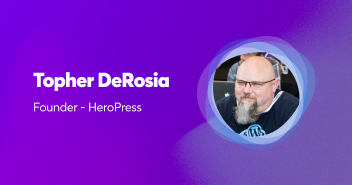