Cloudways takes pride in highlighting the contributions of the mavens of Magento community. We have been able to interview people, like Matthias Zeis, Anna Völkl, Fabian Blechschmidt, and many others.

Following this practice, today, we are proud to have Tom Robertshaw on board with us.  He is one of the finest Magento developers in Europe. Tom is the Managing Director of Meanbee, an ecommerce agency that specializes in the development and design of complex Magento enterprise stores.

Tom has made some crucial contributions to Magento development and he is regarded as a perfectionist when it comes to in-depth ecommerce surveys.

He is an avid traveler and has spoken at several Meet Magento conferences in Netherlands, Poland, and Spain.

Cloudways: For the past five years, you have been successfully managing MeanBee Limited. What this company is all about? What made you fall in love with Magento? Tell our readers about some of the challenges you faced during your initial days?

Tom: Meanbee is about tackling the complex problems in web development that ecommerce websites present.  Nick Jones, the technical director, and I started the company while at University of Bath studying Computer Science. We stumbled upon Magento while it was in beta phase and knew it was something that we wanted to get on board with.  We released some extensions and started building sites upon the platform.  Those early days were tough when there was no documentation! The only way to solve problems was old-fashioned, i.e. reading the source-code.

Being around when Magento was in its infancy means that we were being challenged by upgrades where a lot was changing. Nowadays it’s a lot simpler and generally we only need to worry about the third party extensions that are installed.

Cloudways: Tom, you mentioned you guys have been pushing over the last 12 months for responsive design and unit testing with continuous integration. What are the reasons behind it? With the advent of cutting edge technology, where do you see Magento-powered websites in the next five years? Will Magento continue to be a content management system, or should we anticipate to see Magento as an application platform?

Tom: As a team, we’re really only interested in producing sites that are pushing the boundaries. We are committed to being the best ecommerce development agency around.  A couple of factors that we knew were important in pushing us towards the top, was our ability to deliver on responsive design and also our automated testing process.

We were very early on the scene with responsive design in ecommerce working with Ordnance Survey over 2012/13 to launch them on Magento Enterprise with a responsive design.  Since then we’ve continued to create new responsive sites as well as migrate our current clients to to responsive versions.  Most of the visitors on our portfolio tend to use mobile and tablet for online shopping.  One client is now seeing desktop visitors down to around 30%.  As part of our work here, we’ve been privileged enough to be invited to a number of Meet Magento and Magento Live conferences across Europe to share on our experiences.

Five years is a long time in the world of web. By that time we may even be considering a Magento 3!  I would imagine by that point, a modern web software would be much more focussed on being modular so that within the same language, packages can be shared and re-used between developers.  This will mean that agencies would be required to write less code for their clients.  More reuse allows for more development time for agencies to focus on some distinguishing and differentiating features of Magento.

I would hope for the Magento API to improve to a degree that allows extensions to migrate to API integrations rather than software integrations where appropriate.  The X.Commerce Fabric was a cool system, but it was just over-engineered a bit before its time!

Cloudways: Tom, you mentioned that you speak on ecommerce & business. What your last talk was all about? How do you see ecommerce in next 5 years. List some predictions for us.

Tom: My last talk was on Responsive Design at MageTitans (video available on YouTube). Being a frontend engineer, I focussed on the topic, the difference between delivering a site and delivering a site responsibly that is maintainable and extensible. The second is where you can actually deliver long-term value to clients.

Hard to imagine how technology changes will affect ecommerce in the next 5 years. Everything that is currently on the edge will be considered to be part of the standard offering. Here are some thoughts:

Cloudways: You are building a UX optimized checkout. What is it all about? How it will benefit an ecommerce business & what was the inspiration behind this tool?

Tom: The inspiration behind Conversion Checkout came out of frustration with the checkout extensions available for Magento that were blindly being built and used with no usability research into what actually works. There were a lot of people assuming that everything on one page is immediately better no matter how is the page designed. We are close to finishing the Conversion Checkout extension which is built after thorough user research and provides both a multi-step and one-step version that it automatically A/B tests between the two processes so that the best one for your store can be identified.

Cloudways:  You are one of the most celebrated Magento developers in Europe. You have also attended a number of Magento meetups in the UK, the Netherlands, Poland, and Spain. How was your experience at Meet Magento and what was the topic you talked about?

Meet Magento is a great series and a credit to the worldwide Magento Community. Each one is a unique, knowledge-rich environment that empowers people in the community to collectively improve the experience of Magento for everyone.

Tom Robertshaw with his Magento mates

For me, getting to visit a number of European countries, it was great to get a feeling for how the culture affects the ecommerce experiences.

I shared my experiences on responsive design during these events with the help of our frontend developer, Darren Belding.  I’ve also shared my experiences of building an agency at the Netherlands event as a workshop. That one was great to know about the potential competitors opening up and sharing about internal processes, struggles and successes.

Tom and his Magento mates at Meet Magento: Romania 2014

Cloudways: How can anyone improve Magento performance? What will be the most important things you suggest to your customers?

Tom: Something that I preach during my talks is that there’s no point thinking about performance as an after-thought. Performance is an emergent system property so you can’t just add it.

So if you think of a worthy system, it should consist of:

Cloudways: Name 5 of the top Magento influencers who have inspired you or have helped you stand where you are today?

Cloudways: Magento 2.0 is now in beta. What are your thoughts about it? What are the major differences you see between Magento 1.x & 2.0? Will the new release be successful in addressing the issues faced by common Magento website user?

Tom: From an end-user’s point of view, I don’t see a lot of difference at the moment so it’ll be interesting to see where it goes.  The changes at the moment are very much under-the-hood that will help improve the quality of the solutions in the long run and lead Magento to make a mark towards the higher-end market.

I think it’s too early to say at this point.   I’m sure there will be problems now that we won’t have Magento 2, but like any system, there are likely to be others that are introduced.

Tom: Aoe are a team that take on challenges and then share their results, so anything in their github should be reviewed and considered when producing high performance sites.

We also use a couple of extensions from Fooman regularly, including Speedster advanced as well as their Google Analytics plus extensions.

Blast Lucene has been a great way for our smaller clients to improve the Magento search out of the box.

I’ve been interested in the RequestAutocomplete integration provided by the Chromium team which (to Chrome users) provides the ability of using address and credit card information stored in the browser rather than go through the manual checkout information entry.

Cloudways: Nothing is perfect, and Magento-based websites is no exception either. With some serious security threats – hack attacks, credit card misuse, identity theft, data loss, etc. – Magento sites remain under constant threat. What do you suggest Magento users should do to make their ecommerce websites secure against such threats?

Tom: Get your site security tested by a professional, e.g. Netcraft.  Then you should also be able to get regular tests of your hosting infrastructure to ensure that your platform is up-to-date.

Ensure your applications are up to date.  Security is only as good as your weakest point. So if you have other software on the same platform, e.g. WordPress, make sure that that’s also up-to-date.

With both Magento and WordPress it’s common to install third-party extensions.  Saving time by getting code for a small fee or even free is great, but it should also be reviewed to identify what else is being brought into the system, e.g. performance and security issues.

Cloudways: Just saw a tweet of yours that you love to read Malcolm Gladwell. He is one of my favorites as well. What are 5 things that you love about his writing? What are your most favorite books?

Tom: I’ve just finished reading Outliers.  It’s a great exploration into the environments that have produced some of the greats.  While very few “make it” without the time and energy there is also a lot to say about the year of birth and the opportunities and the means you’ve been provided.

I’m heavily involved in business and enthusiastic about startups.  Malcolm Gladwell gives great insight into the history and psychology of success which I find fascinating.

I was also a fan of Freakonomics by Steven D. Levitt who actually spoke at the Magento Imagine conference in 2013.  Again, the psychology and analysis into behaviours intrigued me.

Cloudways: MageHero is one of the finest examples of Magento Community contribution. What are some more communities, blogs, podcasts, forums, do you recommend to follow?

Tom: Thanks. It’s been great to be a part of MageHero with the goal of helping more developers get involved and show off their work.

I’m also an avid listener of MageTalk. Outside of Magento, I listen to some other podcasts including Web Design Agency and PHP Town Hall.

Muhammad Saad Khan is Growth Hacker & Content Marketing Strategist at Cloudways. He is a columnist at VentureBeat and a full stack marketing advocate. He works on business growth, influencer engagements, and innovative content strategies. 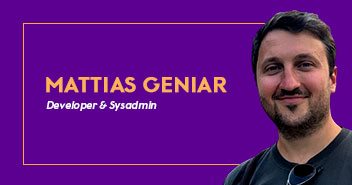 Cloudways Can Help in Managing Cloud Providers like DigitalOcean...

Salman Saleem Published on 24th May

Brett Bumeter Shares Thoughts as He Talks About WordPress...

Owais Alam Published on 24th May